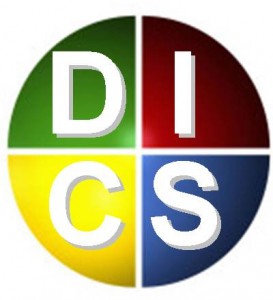 Not the first things you want to hear from the CEO’s mouth when summoned in to give a report on your project.

“I’m not sure I understan…” I started to say.

“That makes two of us. What the hell is going on with the Icarus project?” He interrupted. “Is the project on track or not? Yes or no.”

“Well, it’s complicated…” I started. A voice in my head was screaming that this was the exact wrong way to answer his question. Only problem is I could barely hear it over the roar coming from the other side of the desk.

“I asked a simple question!” He yelled. “I want to know if the project is in trouble or not. I don’t need a philibuster speech.”

I took a mental cleansing breath. I’d dealt with angry stakeholders plenty of times. I had all the data and I had all the answers, so I wasn’t worried. All I needed to do was carefully walk him through this and I was sure he’d calm down and we’d be fine.

I sat down in the visitors chair and leaned forward. Hands clasped together I used my best teacher voice, “If you look at slide twelve of the status deck, we have a comprehensive project status dashboard. But really it’s better if we start on slide one and walk through the whole report.”

“Slides?” I’m pretty sure eyes are not supposed to bulge out of your head as much as the CEO’s were right now. “What slides?”

I nodded and pointed towards his computer screen. “The ones I attached to the status email. Email really isn’t the best medium to go into the status. I did type up a one page summary of course, but in the last paragraph of the email status I reference the slide attachment as has having the complete status.” I turned back to look at the CEO, to see if he was following along. If he didn’t open the slides this was going to a lot longer.

Seriously, I’m pretty sure eyes are not supposed to do that.

He took a deep breath, but I don’t think it did much for his blood pressure. “Listen, I want a clear answer on if we are in trouble. I don’t want some seventeen page…”

“Thirty-eight,” I corrected. Then I winced as I realized I’d interrupted him.

Amazingly he seemed nonplused by the interruption and continued on, “..Thirty-eight page slide deck to find out the status. You go back to your desk and you figure out if the project is in trouble. Then you send me an email that starts with the project color and if its not green give me no more than two sentences about what we are doing about it.”

And then he was getting up and walking out of his office. “By 3:00pm, no later.”

I sat there in stunned disbelief. He hadn’t even looked at my beautiful slides. If he’d just read the slide deck he’d know what we were doing about the problem. He’d also have a complete analysis of what was wrong, why it was wrong and what we’d done to analyze the problem.

The visitor’s chair next to me gave a groan of protest, heralding the arrival of my personal gorilla. This was all too much. Now he was going to say something pithy and then walk me down the path of everything I had done wrong. I sighed and bowed to the inevitable waiting for his pithy comment.

“So, how was you’re weekend?” he said. I heard the chair give another protest quickly followed by the unmistakable sent of a banana. Then, speaking around a mouthful of banana, Hogarth continued, “I went with Wanda to a black swan convention up in Sacramento. It’s a lot like a black hat convention, only…”

“HOGARTH!” I turned to look at the hulking form of my gorilla. He had paused mid-bite, the banana poised just in front of his open mouth. “Can’t you see I’m having a major problem here. The CEO’s about ready to shoot me out of a cannon and you’re talking about what you did this weekend. Really?”

Hogarth lowered the banana, nodding his head. “Oh, sorry. So you’re saying I’m not speaking in the way you want to listen?”

Wow, this was almost making me feel good. Here I was, getting to be in the position of correcting Hogarth. “Precisely! You’ve got to take account for your audiences moods. You’ve got to give them what they want.” Hogarth nodded, his face a little crestfallen. Had I maybe gone to far? Did I need to be so pompous in correcting him?

“So, a little like being in Paris and asking for directions to the bathroom in English?” He said.

I felt my eyes doing the same thing the CEO’s had. “What?! Hogarth, what on earth are you going on about?”

Hogarth waved his banana at me, “you know. You ask for the bathroom in English. The Parisian doesn’t understand so you ask again, louder and slower, but still in English.”

I just started at Hogarth, not having a clue where he was going with this and not really having the time to deal with this.

Hogarth seemed to sense my confusion. “Let me be a little more direct. When you talk PMI Geek to the CEO, all he hears is ‘wha wha wha wha,’. You need to talk in CEO Short Hand not PMI Geek Long.

I scratched my head. I had no idea what the hell he was talking about.

He stared at me and spoke very slowly. “When in Rome speak as the Romans do.”

COMMUNICATION IS WHAT THE LISTENER DOES

If a tree falls in the woods, and no one is there to hear it, does anyone hear it? Philosopher’s have asked this question for millennia. Modern science has proven the answer is no. There are sound waves, there is no sound unless there is someone there to perceive it.

And now, if you will allow, I am going to directly quote Peter Drucker. Specifically Chapter 38 of his book Management: Tasks, Responsibilities, Practices.

Sound is created by perception. Sound is communication.

This may seem trite; after all, the mystics of old already knew this, for they too always answered that there is no sound unless someone can hear it. Yet the implications of this rather trite statement are great indeed.

Mark Hortsman, of Manager Tools, is a big believer if Peter Drucker’s work. I think he best encapsulates all of Chapter 38 in the single sentence, “Communication is what the listener does.”

In other words, if we don’t speak in the language of the listener, they won’t understand us. And it’s going to be our fault. Just like the American yelling for the bathroom in France, if we can’t communicate in the way our audience (stakeholders, team, manager) understand, we are the rude American on the Champ Élysées.

DISC is about understanding how people communicate. It’s about what behaviors they will fall back on by default. Do they prefer short and simple answers or are they the kind of people who want to get seven layers into the architecture diagrams? How about whether they prefer starting conversations with a nice preamble or the last thing want to hear about is what your cat did this weekend, ever?

Knowing how the people you talk to want to listen is incredibly important. To put my own spin on Drucker’s words, “It’s not about you, it’s about them.” That’s what DISC helps you do. It helps you to understand how people naturally perceive. Understanding that you’re engineering stakeholder is really a to the point High D is going to save you from trying to explain things to him in a thirty slide deck, when all he wants is the bottom line.

Now while it is “all about them,” interestingly enough your first job, with good communication, is to know you. If you know what your defaults are, you are going to be able to tailor your communication to fit the listener. If you prefer detailed analysis before you do anything and your boss is the next Donald Trump, you need to adjust your communication style when you talk to him.

DISC is broken down along two axis. The vertical axis looks at you based on how assertive or reserved you are. From the soldier who is not afraid to storm that next hill \to the retiring door mouse afraid to speak to his neighbor of twenty years.

The horizontal axis focuses on how you look at tasks vs. people interactions. Would you rather groom your Gantt chart or take the team to lunch?

The High I is Mr. Influence. They achieve success by persuading others to work with them towards the same goal. As interested if not more interested in what they did this weekend as they are in the next milestone. “Ready! Say, did I mention I went sailing this weekend? Aim, It was a blast.” If you find yourself cheerfully doing your coworkers work, you may have just been recruited by a High I. Bill Clinton, Willard Scott, Tom Sawyer. 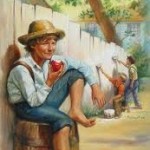 The High C, or Conscientious, works within the rules and procedures to ensure success. A High C can never have to much data. “Ready, aim, aim, aim, aim. Oh wait, more data. Okay, ready, aim, aim, aim.”  This is the person who won’t let emotion get in the way, that would be illogical. Joe Friday, Bill Gates, Mr. Spock. 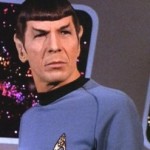 The High S is for Steadiness. They work with others as part of the team to achieve success. “Okay is everyone pointing their guns in the same direction? Are we all ready? Bob, do you need more ammo? Frank, that’s not a nice thing to say about the enemy.” If you catch your co-worker humming “won’t you be my neighbor”, then you may be in the presence of a High S. Mother Teresa, John Denver, Mr. Rogers. 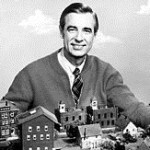 Those who are High D, or Dominance, achieve success by taking decisive actions towards their goal. These are the ultimate results oriented drivers. They are “Ready, Fire, to hell with aiming that takes to long” types. If you are following a leader and not sure if you are inspired or terrified, they might be a High D. General George Patton, Margaret Thatcher, Darth Vader. 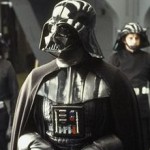 So before you head into your next meeting. Figure out what language your team is using. You don’t want to be Darth Vader to a room full of Mr. Rogers.

One thought on “Talk to the Gorilla, Not At it”