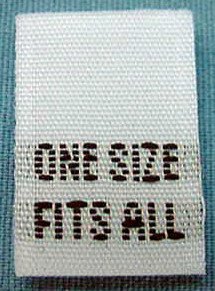 “Look, Eric, that’s just not the way we work here.” I was trying to go for my most fatherly voice with this. It was a touchy subject. “You’re an incredible engineer, you’re awesome with the rest of the team. And the mentoring you do is priceless.” I clasped my hands together and tapped the desk with them, “but at this company we just can’t have people marching to their own drummer. You need to adjust your work schedule. We have policies and procedures that apply to everyone and that means you need to be here in the office everyday, or you can’t work on the team…”

My office door opened just then. I looked up, half expecting to see a tearful Eric back to plead his case. Instead the light beyond the door was all but blotted out by the broad shoulders of my personal gorilla, Hogarth.

Hogarth ambled in, swinging forward on one arm as the other reached out towards me with something.  “I just came to make a delivery,” Hogarth said. “Here’s your T-Shirt for the company picnic.”  He handed me over a folded black shirt that looked  minuscule in his hands. When I took it from his gorilla-sized hands I found the shirt didn’t look all that much larger in my hands.

Holding it to me I glared at my gorilla, “Hogarth, this shirt wouldn’t fit a pygmy. I don’t think my shoulders will even fit through the arm holes.”

Hogarth gave a shrug, “What can I say, Marketing ordered a ‘one size fits most’ people. Guess you’ll just have to adjust yourself to fit…”

Ouch, hoisted on my own words. I really have to stop doing that.

GET TO YOUR DESK BEFORE THE TARDY BELL RINGS!

The recent news, that Yahoo’s CEO has ended telecommuting has started up a firestorm of fresh debate and exposed the coals of long smoldering arguments on the subject.  According to the articles, all telecommuting is ending. From the customer service rep, who works full time from home, to the engineer who works from home one day a week so he can save on that hundred mile commute.

“Some of the best decisions and insights come from hallway and cafeteria discussions, meeting new people, and impromptu team meetings. “

Sounds almost like Mrs. Mayer was reading out of the Agile Manifesto when she wrote her memo.

“The most efficient and effective method of  conveying information to and within a development  team is face-to-face conversation.”

“Business people and developers must work together daily throughout the project.”

I’ve worked on both remote and local teams and I can’t argue with Mrs. Mayer’s general logic one bit. There is nothing that beats face to face conversation. All the best that technology can offer still only scratches the surface of replicating that face to face experience.

And yet I find myself agreeing with those that are up in arms about this policy.

1: Are we in prison? First and foremost it is a mandatory policy, no or very few exceptions will be given. This reminds me of the agile principle that sits right between the two Mrs. Mayer seems to be playing from.

“Build projects around motivated individuals. Give them the environment and support they need, and trust them to get the job done.”

Give them the tools and the trust to get the job done. Yahoo’s move isn’t giving people the tools and trust. Instead its making a mandate that covers all teams, all projects, all people, all locations. Even universities and public K-12 education have realized that some students will thrive better with virtual learning, than with face to face. You don’t motivate teams by locking them in a room and feeding them pizza. At the end of the day, the room is still locked.

We live in a global society now. With projects often having dozens if not hundreds of people involved, it is nearly impossible for everyone on the project to be co-located. Someone is always going to be working remote. What’s the difference between the remote engineer sitting in a sales office in Des Moines and a remote engineer sitting in his home office in Windsor Heights (a suburb of Des Moines)? In High Tech, it has become increasingly common for test organizations to be located in India or China. Is Yahoo going to relocate all these people to Sunnyvale so that they can be next to the engineers making the product they test?

3: Get the right people on the bus: I reviewed Jim Collins book, Good to Great, back in November of 2011. Mr. Collins makes a very compelling argument for getting the right people on your team, instead of getting the right skills on your team. The same concepts hold true in military special forces, where a team trains together long term and learns the skills they need for a new mission together, instead of bringing a new person in.

Say you find the most brilliant engineer for your project. Not only does she have all the skills you need, she fits great with your company culture and the team. You know she’d be a great asset. Only your offices are in San Francisco and New York. The engineer is in North Carolina and can’t move because she takes care of her ailing mother. Do you pass up on the engineer who gets a perfect 10 and instead hire the local engineer who gets a 6, just because he’s local?

Working co-located is great! – Don’t get me wrong. When I’ve had the luck of working with a team, all in one place, the effects are awesome. The issue here is like an army handing out size ten boots for everyone, because that’s the most common boot size needed. What happens to the guy who wears size 13, or the woman in the size 4s?

Oh! – In small defense to Mrs. Mayer. For all of you remote workers who don’t want to use a webcam in your meetings?

Get over it. Working remote doesn’t mean you get to come to work in your pajamas. It means you have to work 200% harder to connect with your other co-workers. Video chat is here, it is real, it is now. Use it, or get your butt into the office.

One size won’t fit the Gorilla and it won’t fit your employees either.

Hogarth and the Gorilla Talker