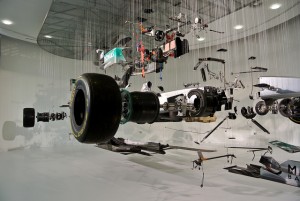 “Agile is failing, can you believe that, he actually said that to me?”

You know you’re having a bad day when you willingly engage in a conversation with an 800 pound imaginary gorilla. I was striding down the hallway fairly vibrating with emotions. Hogarth lumbered along beside me uncharacteristically quiet. Which I guess should have been my first clue as to the rabbit hole I was being led down.

“How can he say that?” I looked directly at Hogarth, “I mean we’re doing standups every day now. I even got them down to 30 minutes.”

Hogarth finally chose to speak immediately making me wish he hadn’t, “What about the backlog?”

I threw my hands up “What about it? The backlog is being pulled straight from the PRD and we got the product manager to rank order them instead of the stupid P0 stuff. I mean how much more agile do you want us to get?”

Hogarth nodded sagely, or so I thought and I turned to walk into my office. Where I promptly stopped.

“Hogarth, where’s my fichus?” The pot that held my latest incarnation of my favorite fichus was empty. Not just denuded of leaves and branches, empty. Even the dirt was gone.

“Oh, that” Hogarth said. “Sorry, about that. I did replace it though. Here.”

Hogarth reached under my conference table and started laying several objects on the table. A sack of dirt, a trunk, several loose branches and a sack of leaves.

Hogarth smiled cheerfully at me. “Oh that’s your new Fichus. Well at least it’s all the parts to a fichus, you just need to put it together.”

“HOGARTH!” I put up with a lot from my imaginary gorilla. His eating my plants wasn’t the end of the world, they made for a nice tax deduction. But this… This was going too far. “Do you think I’m some kind of Dr. Frankenstein? I can slap this all together with some glue, yell ‘IT’S ALIVE’ and suddenly I’ll have a fichus?”

I stared at Hogarth, my eyes blazing with a demand for an answer.

Only no answer was forthcoming. Hogarth and retreated to the corner of the office and was sitting in his ‘happy budda’ pose with his hands clasped happily over his hairy belly. He just kept staring at me, as if he’d already answered me and was waiting for that inevitable moment when all the pieces would crash together making whole the monumental idiocy I’d….

Putting my head in my hands I said “and we’re so focused on doing the artifacts of agile we’re completely missing the spirit and purpose which would make it whole and successful ?”

A pile of parts does not Agile make

“We’re doing stand ups, we must be agile.” Admit it, how many times have you heard this? Honestly it’s grown to internet meme status and is one of the go too jokes for mocking a company that has failed to “get agile.”

That doesn’t mean it isn’t hitting the truth smack dab on the head.

Yes, the practices of agile are incredibly important. So is structuring your organization with interactive support from all tiers of the company. If you only do the motions though, you’ll end up with an organization that is a soulless automaton not unlike Frankenstein’s monster. The monster was “alive”, but lacked a purpose and drive, a soul if you will. It at least had the intelligence to know it lacked something and spent the story trying to find acceptance and love.

In some organizations they are just like the monster, in that they know what is missing, but their efforts to find the missing is stymied. This can be the teams own roadblocks or barriers imposed by the company or even external partners and customers. These organizations are almost sadder than those oblivious to what’s missing in their agile transformations. They know they are not getting what they should out of agile while being forced to go through the motions of agile every day.

The same cannot be said for all attempts at agile transformations. They muddle along doing the practice of agile, without the purpose of agile and they either gain minimal benefit from agile or fail completely. Often blaming agile they then fall back on whatever they were doing before because it has the comfort of familiarity. These organizations then face an even greater challenge in improving because “we tried it already and it didn’t work.”

An agile transformation is more than just predictability, stability, shipping early, or even transparency. Agile is a tool that can lead an organization from being extrinsically driven to intrinsically driven. From unengaged to fully engaged. From passive process following to active innovation creation. In short all those things we are hearing about from such modern luminaries as Steven Denning, Dan Pink, Eric Ries and past visionaries such as Peter Drucker, are things that an agile transformation can help with.

If you truly set out to do it and not just pick up a couple of pieces and expect to be able to have the value of the whole.