“Augggh!!!!” I pounded on my keyboard in abject frustration and began hurling every 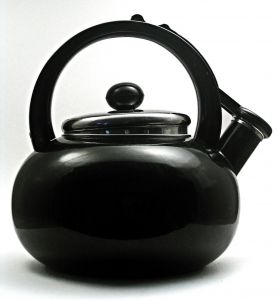 single curse I knew at the screen and the faceless IT drones I knew had made my life a living hell.

Hogarth opened a single eye and stared at me from the corner. Arms crossed over his chest and chin tucked to his arms he had been happily dozing in the late afternoon sun that poured into my office. He didn’t say anything. He just fixated me with an unblinking deep brown eye.

I pointed at the computer. “There did it again! They updated the shared space and now I have to reinstall the damned plug in!”

My gorilla ponderously lifted his head. Crinkling his blunt forehead, he now fixed me with both of his eyes. The unblinking gaze seemed to say “And?”

“And it’s annoying!” I snapped, looking for some kind of support to justify the seething anger I was feeling.

Hogarth just looked at me, unmoving and unblinking.

“Okay, I know, I know. It only takes two minutes to update. It’s not the end of the world.” I clicked the okay button and leaned back in my chair. “Still, you’d think they could stop fixing the site every other day.”

Hogarth reached one leathery hand up to scratch his nose.

I rolled my eyes at him, “That’s not fair!” I retorted. “Yes, it was broken. Yes, the old architecture meant we couldn’t do a fraction of what we had before. But it is still annoying to have to install all these updates.”

Hogarth turned to look out my open door. I followed his gaze to see the project burn down chart on the wall opposite my door. Turning back to him I gaped. “What? You think trying to convince corporate to release our product twice a year, instead of every eighteen months is the same thing. “

Is the Agile Pot calling the Firefox Kettle Black?

The other day I saw something I found disturbing. Mind you, complaints on Twitter is nothing new. I wouldn’t be surprised if more than half of all tweets are someone complaining about something. So I’m fairly inured to seeing tweplaints. When the first complaint about “Oh look, another Firefox update.” I ignored it. Then I saw the second one.

What got me was not the complaint itself. No it was who was making the complaints (or retweeting in one case). Both complaints came to me by way of people I consider  part of my “Agile/Lean” follow list.

Agile principle three is “Deliver working software frequently…” Principle 6 states “Working software is the primary measure…” Similar maxims exist within XP and Lean. I was just at an agile meetup where the speaker was outlining a way to get corporate behind quarterly releases in an enterprise environment. Lean Startup talks about Minimal Viable Product and getting in front of the customer as quickly as possible. Then you pivot or persevere again and again.

And we are complaining that Firefox is iterating?

So let me think on this…

How much of what we are complaining about has to do with the fact we have to take some kind of action as opposed to it being done automagically?

Firefox is following some of the key tenets of agile, release of often, always seek to improve. I don’t know if they are an agile shop and sure, they could be a little better on communication.

But really? Does anything who believes in agile, lean, XP, kanban or Stoos have any place complaining that a company is trying to make their product better? Just because it’s an annoyance to us?

Okay, maybe you’re all right. Clearly we don’t want to annoy our customers by fixing or improving our product quickly….