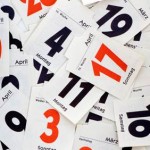 They say walls have ears. Well they may not have ears, but the rice paper thin walls here means it’s hard not to hear the conversation in the next office over.

“Thank you for coming, ‘Bob’.” shuffle, shuffle, “It’s been an interesting four months, I have to say you’ve tackled this job with an impressive level of vigor.”

“Uh oh…” I hear from behind me. I turn around to look at Hogarth. He’s perched on the window sill soaking up what little sun makes it through the cloud cover. “That doesn’t sound good…” I try to puzzle out what he means by that, in the process missing the next bit of the conversation next door. The raised voice pulls me back to my eavesdropping.

“I don’t understand!” ‘Bob’ voices plaintively ” When you hired me, you said you wanted me to shake things up, hit the ground running, get things done. Didn’t I do that?”

Long pause, “Yes, you definitely hit the ground running and the Project Meddigo processes will definitely improve delivery time. The problem is, ‘Bob’, no one wants to work with you, everyone has complained about how you shoved the process through. one of the team went so far as to say if he heard you utter “in my last company” one more time, he was going to shove you out a window…”

I turned to look at Hogarth. He shook his big, black, hairy head, “Ouch.”

I nodded in return. Poor ‘Bob., He’d just run head long into the 90-day Gorilla and it smacked him down, hard.

Ask yourself this, when was the last time you saw a new CEO come into a company and instantly start changing everything? Unless you’re Jack Welch or Lee Iacocca, most CEOs won’t last long doing that. Almost without fail a new C-Level exec doesn’t change a thing in his first three to six months.

It is fundamentally no different for a Project Manager ( or Scrum Master, Agile Coach, or Manager). It doesn’t matter if you spent twenty years at HP, at Mid Size Company X, you just joined. Even if you’ve got friends in the team, you are still a new face, a new change, something to get used to. And in business, first impressions are king.

When you join a new company or even a new department, those initial few weeks are when you either become part of the team or forever place yourself on the outside. Some relationship experts say it takes over 600 positive events, to erase a single negative event. So how you first interact with your co-workers, your bosses, your reports, will pretty much be how you are seen for the remainder of your time in that job.

In a job interview, I once told the interviewer “Virtually any project manager can get virtually any project from point A to point B essentially on time and in scope, once.” That “once” is the key. A PM that burns out their team will be hard pressed to motivate them again. It’s the difference between building a team and driving a team. Unless you are a highly paid consultant than you can’t really storm the gates to get the job done (and good consultants don’t even try to do this). If you do storm the gates, when it is time to do it all over again, the team won’t want anything to do with you. A good project manager can get most projects from point A to point B, but then he can do it all over again, with the same people.

I personally believe in the mantra of “Do no harm in your first ninety days.” This is your time to listen, to watch, to ask questions, to learn and most importantly, to build trust. You need to build that trust with your new team and one of the best ways to build trust is the listen and ask, intelligent, questions. One way to ask intelligent questions is to “interview” the people you interact with. I’ve successfully used the ManagerTools PodCast entitled “Jump Starting Internal Customer Relationships.” There is an incredible amount of value in sitting down with the people you work with to ask “what can I do to help you?”

I’ve had people challenge me on this rule many times. They said that if you hadn’t made an impact in the first 90 days, then you’d be out. To this I say, there is a difference between “making and impact” and “doing no harm.” If you spend your first three months learning, asking questions, finding out how things work, then you’ve made an impact and you’ve built trust. That trust will allow you to have a much greater impact in the next nine months, that overshadows any amount of quick wins you might have gotten in those first 90 days.

You don’t start a friendship by telling them how great and wonderful your last friend was, so don’t start your job the same way.

Edit 2017- Having moved into the world of consulting, I no longer have the luxery of 90 days. That does not mean these rules don’t still apply. I learned early on that a successful consultant doesn’t come in guns blazing and acting like they have all the answers. I delve into this more in my Agile Connections article: Building Team Relationships as an Agile Coach.

On the front lines,
Joel BC
Veteran, the Project Manager wars now Agile Coach and Change Catalyst
You can follow me on twitter, @JBC_GC

2 thoughts on “The Ninety Day Gorilla”