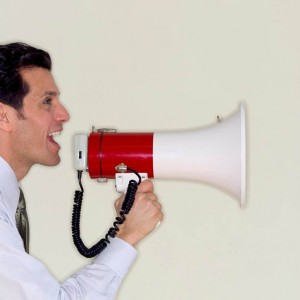 bang up job on this, you can count on your bonus being nice and fat this year.”

I glowed with overwhelming pride. The CEO liked my work, he really liked it. Hard work and perseverance paid off!

“In fact,” the CEO continued, “I think you’re just the man to make the Gutenberg project happen. It’s been in trouble and I want you to make it happen.”

I blinked. Then I blinked some more. Gutenberg was THE project. It was the single most important thing the company was doing. Everyone had wanted to be on Gutenberg when it started. That was when it started. It was now twelve months behind schedule, the development team working on it was in shambles, the communication between groups was abysmal and the last project manager had taken a leave of absence, supposedly to recover from a heart attack brought on by stress.

“Nonsense! ” he said. And then he was standing and I knew my audience was over. “You single handedly brought the Firestorm project together. I’ve got complete confidence in you.” With that I was ushered out of his office and carried on a tide of “great job” and a firm pat on the back all the way to the elevators.

As the elevator doors closed on me, I let me head fall forward. Leaning head against the doors my heart competed with the elevator for a race to the third floor. “I’m so doomed…”

“Ayup,” came a deep voiced reply from behind me.

Just great. Didn’t these elevators have a weight limit or something ? Maybe we could hang “no gorilla” signs.

“Weight limit is about 2500 pounds, so stop worrying your going to plunge to your death. You’re not getting off the hook that easy.”

I turned around, slumping heavily against the doors. “Fine,” I said. “Go ahead, tell me  what a complete idiot I am.” I hung my head and waited for the piercing words of wisdom. The words that would underline just how stupid I had been. The Firestorm project had been a success because the team was awesome. I couldn’t have asked for a better group of engineers and everyone else involved had pulled together. We’d faced serious challenges, but we’d faced them together and tackled everything that got in our way.

And I’d gotten all the glory and credit…

Not because I’d moved mountains, or conquered the nasty integration issues. No, I got the credit because like the old adage “The victor writes the history,” I controlled the status reports and all the communication that went to senior management. I’d put myself front and center in all the reports and spoke about in the project in what “I” was doing. I’d been so focused on making myself look good, I’d succeeded. Not only was my team ticked off at me, now I was being asked to step in and save a failing project with a team that made the US Congress look like a happy social club. All because I didn’t give the team the credit they deserved.

Sigh, I was so doomed…

Why wasn’t Hogarth saying anything? I looked up and was instantly caught by his deep brown eyes. He just gave me a nod. A nod that said, “yeah, everything you just thought.”

Dang it, now he was making me do the thinking too?

Hogarth’s voice took a lofty tone, as he finally spoke. “Don’t worry when you are not recognized, but strive to be worthy of recognition.”

I looked at him puzzled . Where the hell did he get these quotes from?

I threw up my hands in despair. “That’s all fine and good for Honest Abe. And you’re an imaginary gorilla so what do you know about survival in the corporate jungle. I’m working for a living. If I don’t blow my own horn, who the hell will?”

Hogarth replied softly. “Don’t take credit, communicate success. Your excellence will show through this and people will know.”

I stared at my Gorilla, “At what famous statesman said that?”

Hogarth folded his arms over his broad chest and said, “I did, you got a problem with that?”

Once upon a time I used to worry constantly about metrics. How does a project manager (or any non-hand on doer) measure their effectiveness. A really good manager is all but invisible. Problems are dealt with before they ever get big. Contingencies are set up before they are needed. Relationships are forged and maintained. The team is given all the tools they need and just enough guidance to head for the end goal. To me the perfect manager always seemed completely invisible.

Invisible and corporate survival are not a good match. So I spent a lot of my early career figuring out how to keep my profile up. My goal wasn’t “a job well done”, it was “will this look good on my yearly review.” I looked for every opportunity to be right up there in the spot light. I wanted to make sure I was seen as important.

And thereby utterly failed. I spent so much time trying to look good, that I failed to be effective. Instead of being seen as a vital member of the organization, I was seen as a glory hound. Its not that I was incompetent. To the contrary, I was very good at project leadership, if I focused on that. I just spent so much time worrying about if I was being recognized for my work that I wasn’t effective at what really mattered.

The Team is what matters. Focus on the team and the rest will follow.

I talked about how an Agile Project Manager is like R2-D2 a while back. The journey to that epiphany took me through the world of Servant Leadership and much of my own mental tribulations over just what my job role should really be called (Does a gorilla by any other name still smell?).

While I still can’t answer what my job role should be called, I did discover how to measure my own success. I measure my success through the success of the team.

Having spent the last three years with this new focus I have discovered I never needed to have worried about making sure my own value was known.

You see, if you spend all your working hours helping the team, it shows. And just as important, the team knows.

So I stopped trying to promote myself and I started promoting my team. When someone went the extra mile, I made sure to email their boss and tell them how much I appreciated it. When someone complimented my status report, I would give the credit to the team (“I’m just reporting their success, they did the hard work.”).

I don’t blow my own horn, I communicate the success of my team.

One thought on “The Gorilla doesn’t take credit”