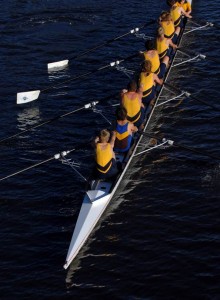 “That’s it! Kill me now!” Throwing myself into one of my office’s guest chairs I directed an exasperated look at Hogarth.

Sitting in the corner, fichus on one side, bamboo on the other, he looked at me with placid eyes. Not say a word to me, my gorilla chewed slowly on a head of lettuce.

Trying to not think about where he got a head of lettuce I gave a deep sigh and waited.

I threw my hands in the air, “I mean it! Just put an arrow right through my heart. It’s just not worth the trouble of trying to go on.”

Hogarth set the lettuce down. Good, now maybe he’d say something outlandish so I could get angry and him and distract myself from my misery. Looking at me for several long seconds, he then picked up the remains of a fichus branch. Beginning to pick his teeth with the denuded branch he continued to stare at me mutely.

“Oh, fine! I see how it is,” I snapped. “When I don’t want your pithy words of wisdom I can’t get you to shut up. But when I actually want your help you just sit there and remain mute?”

Hogarth shrugged. “Well I’m a poor archer and I’d really rather not get blood on my fur, so I’m not going to kill you. Lacking any other information, I have a leaf stuck between my molars.”

“Argh!” He was so infuriating. Couldn’t he be a normal and reasonable human being? Right… 800 pound imaginary gorilla. What was I thinking? Sigh, I hate it when he’s right.

“We’re headed up on year end.” Hogarth nodded in agreement. “That means annual reviews.” He nodded again. “And it means my agile teams have just become a pack a ravening piranha out to be last fish standing.”

Hogarth cocked his head to the side, “Fish don’t stand and isn’t the whole point of an agile team that they all pull together?”

I jumped up and pointed a finger at him, “Precisely!” Realizing pointing at a gorilla was probably not smart, I lowered my arm and continued. “That’s the whole problem. The review process measures individual goals. Suddenly all my agile team members are scrambling to show how good they are and fighting for credit of who improved the database, or made the UI fixes, or identified the root cause of the uRay issue.” I waved towards my office door, “productivity has plummeted, morale is holed and I’ve even had to break up a couple of yelling matches.”

Hogarth shrugged, “Sounds like the review process is broken.”

“Give that gorillas a cigar!” I exclaimed. “Only it’s not really broken, it’s just the way it is. Yet another process that doesn’t match with agile. I’m doomed. Agile will never work outside of small startups.”

Hogarth shook his head, “No, it’s broken. You don’t measure your spaghetti one noodle at a time.” I stared at him in abject confusion. Seeing this, he said,  “when the four man bobsled crosses the finish line fastest, who wins?”

“The sled team of course. What’s that got to do with this? They are all in the same sled.”

Hogarth nodded, “Good point.” Hah, I had him now. “What about the four hundred meter freestyle swimming relay? Michael Phelps carries the whole team, everyone knows that they couldn’t win without him. Why give the medal to anyone else?”

“Hogarth that’s silly. He couldn’t win without them.  It’s not like he could have swum all 400 meters himself.”

Hogarth nodded again. “Yes, that’s right. There is no ‘I’ in team.”

“I know that!” I snapped. “We’re doing agile after all. It’s all about the team. Team empowerment, team accountability, team rooms, we even have team plush toys for Ghu’s sake!”

“Then why are you measuring individuals and not the team?” Hogarth asked.

The average corporate review process is an almost myopic focus on the individual. What have you done? What goals did you achieve? What milestones did you meet? You, you, you. Almost like a bad country western song. Everything is focused on the individual worker and what they did. You don’t get credit for being part of a successful launch team. No, you only get credit if you led the team, or did some great thing ,that no one else did, to save the launch.

And that’s the good companies. There are companies out there (I hear Microsoft is a big sinner here) that use stack ranking. If you have a five person team, you can only give one person a five star rating and by the same extension, you have to give someone a one star rating. How do you think your team is going to behave when their literally is no points for second best?

Traditional review styles are murder on normal teams. Just imagine how much worse they are on an agile team? Agile teams promote the team owning the deliverables. The team does the work. The team commits. The team delivers. Until review time, and then hold on tight because it’s every developer for themselves.

It doesn’t work. You’re killing your teams one review at a time.

We don’t have a choice, it’s the way HR does reviews.

First of all, go read last weeks blog. If one junior captain can change the US Navy, then a manager can certainly change how his team is measured.

As for how to do it, well that I can’t take credit. I learned of this from an agile training house here in Silicon Valley. Agile Learning Labs has factored into my own agile journey many times. The founder, Chris Sims, is one of the people who took it as a challenge when I said “You’ll pry waterfall from my cold, dead hands” (Oh yes, I did say this, once upon a time). I took my CSM course from ALL and learned about the real value of agile for the first time, while getting the straight talk on how effective a CSM is (not much, you should still get one, from a good teacher, it’s a great way to learn).

Agile Learning Labs was asked to help a company that was facing just the issues we’ve discussed. The company had gone completely agile and was very happy with the change. Unfortunately, when it came time for reviews, they experienced significant disruption across the company for the entire review cycle. I’m guessing for a time after the cycle ended as well, as people digested their reviews.

So ALL worked with the company and implemented a new review process. No fancy math, no weird hoops or process and absolutely no touchy feeling trust falls.

Each employee had their review divided into two equal parts.

The first 50% rated them on how they met their individual goals. These were goals created with their manager (Oh, hey how about the Manager Tools Coaching Model) and focused 100% on things that were only about that employee and their development as an employee. Things like “Will become proficient in Ruby,” “Will present to an audience of at least 50 people,” “Will be on time to work 95% of the time” (Sometimes your goals are not big and earth shattering). Most importantly is none of this 50% had anything to do with their work on the team.

The second 50% was how well their team did. The team was measured on how it succeeded in its  business objectives (shipped the product, fixed the defects, shortened the release cycle by 25%, etc.). And then every single person on the team was given the exact same rating. The exact same! If the team did poorly, then everyone might get 20%. If the team was a rockstar band, then 50% all around.

That’s not fair! One of our team is a total slacker!

Then even money says you don’t really have an agile team. Still, let’s give the benefit of the doubt here, shall we? If one of the team is not performing, then it’s the team’s responsibility to deal with the issue.

Let’s head back to the Olympics, shall we? The swim team analogy probably isn’t the greatest. The relay is based on who is fastest on the Olympic team. These guys are rivals most of the time and don’t train together except at the Olympics.

Let’s look at the sculling team (that’s rowing, people). A four man sculling team trains together year round. They are a true team in every sense. If one of the team is not performing, do the Olympic judges say “Hey, you’re a horrible team mate, out of the boat”?

If it works for an Olympics sports team, it can work for a software development team (or hardware, or marketing, or…).

Let’s go back to Agile Learning Labs and the company they were helping. A year later, the company went through the first full review cycle. They’d been using the new model all year and everyone knew this was the model and got reminded through out the year. What happened? It worked. It worked great. The details that ALL has shared is that morale went up, productivity went up and teams didn’t miss any strides during review time.

Want to know more? I hear Agile Learning Labs is available for hire.

So take the “I” out of the team and start measuring the team, as a team.