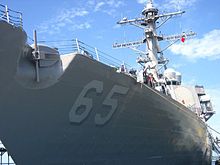 I had just enough sanity left in me to reflect on just how often that sound escaped from my mouth these days. And then sanity left me and I walked towards the door to my office. All I wanted to do was pound my head on the oak door until all my cares went away.

“Gonna break that poor door,” the words cut through my haze of frustration for just a moment. Just a moment. Then they were replaced by new frustrations. Was there ever going to be a day that Hogarth didn’t show up to offer me his ‘words of wisdom’?

From his perch, by my office window, my gorilla answered. “Sure there will be. At this rate though, not going to be a for a long time. Leave the door alone, its already got a dent in it.”

I threw up my hands. “I give up! I just give up. There is no way I’m ever going to change corporate culture around here.” I threw myself down in a chair and gave a resigned sigh. “I tried to get the test group to share their data with the support group.”

Hogarth cocked his head, “And?”

I shook my head, “No go, the test guys say it’s too complicated and would only distract support from helping the customers. The support guys are livid because they feel like test is treating them like children.” I sighed. “So the support guys have decided to stop coming to meetings until Test changes their mind.”

I glared at him. “You’re not helping. If you have some practical advice, I’m all ears. Otherwise, please go away.”

Pulling a banana from somewhere (don’t ask, I never do) he began to peel it. “Sure I do, stop trying to fix the world.”

“What the hell am I supposed to do?” I snapped.

“Be the best damned project manager you can be. Focus on what you have direct control of.” Hogarth took a bite of his banana. “Do that and you’ll change the world.”

I laughed. “Oh that’s rich. How exactly can I change the world? I’m just one project manager in a huge company.”

Hogarth tossed me a book. “It’s Your Ship.”

IT’S YOUR SHIP- NOT QUITE A BOOK REVIEW

I recently finished reading It’s Your Ship: Management Techniques from the Best  Damn Ship in the Navy, by Captain D. Michael Abrashoff. This book goes on my top inspirational books list and I’ll be recommending it to my friends and colleagues as a must read (or listen) book. Abrashoff communicates his powerful advice through great stories and by showing exactly how his advice worked in the real world.

I could go into the standard book review format. I’ve got a good system going after all, just check out my Good to Great review.

I’m not going to do that though. You see there is a far more powerful message in this book than can be covered by a book review. Beyond Mike’s eleven keys of good command, there is an even larger message to be read. You just have to cock your head to the side and read between the lines.

One ship, one crew, one captain, one person, can change the world

Captain Abrashoff was on his very first command. He was the junior captain in his naval group. His ship was probably not considered the gem of the fleet , elsewise a new captain wouldn’t have been posted to it. He was assigned an officer who was considered a failure by his last ship. In short, the level of influence that the USS Benfold could exert was not on the level of a Jobs, Clinton, Buffet or Branson. It was lucky if it could influence itself out of its own way. One certainly wouldn’t have expected Benfold to impact the entire US Navy.

Yet Abrashoff, Benfold and her crew went on to change the Navy. No, it wasn’t some diabolical plan to take over the world. Heck, Abrashoff probably never envisioned he would even be able to make the sea changes that he did. Instead he was completely and totally focused on what he could do in his little circle of influence. And through that focus, he changed the world.

Let’s look at just a handful of the examples I collected from my reading:

Steel Fasteners: Now remember, this was 1997, stainless steel had been around a good long while. Painting the ship was an absolute nightmare chore that cut into the new sailors training time. The fasteners on the ship (bolts, screws, nuts, etc) would rust and streak the still perfectly painted metal and you’d have to paint the ship every couple of months. After listening to his crew, Abrashoff bought steel fasteners with his ship credit card (The Navy didn’t stock them). Bang, the painting chore dropped radically. Today all Navy ships are using steel fasteners and other improvements that Benfold trailblazed. Imagine all that recovered productivity?

Real Time Communication from a Weapon System: We take instant communication for granted a lot. In 1997 cell phones were still bricks, AOL was still one of the largest email providers, and computer radio traffic was still in its infancy. It could take hours if not days to get orders out to everyone. This caused some pretty serious issues in the Persian Gulf and the Iraqi peacekeeping mission. Abrashoff listened to one of his petty officers. Then he bucked the system and brought the idea to his Admiral. End result? The computer network system for the Tomahawk Cruise Missile system was leveraged to allow real time, two way communication between ships of the fleet. It was rolled out across the Navy and changed how ship to ship coordination was done.

Get the food on the ship!: I was floored by this one. In the 90’s, Navy ships were still having their food stores loaded by hand. They would form a human chain and pass the boxes from the dock to the storage lockers. Abrashoff told a non-Navy friend (it pays to have a wide network!) about the problem. Long story short, his friend created a conveyor belt system that could be setup quickly and load the ship in a fraction of the time and labor. Not to mention with more safety. The Navy hired that guy to load all ships in the San Diego port.

New Sailor Policy: You just graduated from Navy boot camp. You fly a civilian airline across country and find your own way to the ship you will be serving on. Almost everyone is off the ship because its in port. You spend the first forty-eight hours just trying to find the head (bathroom) and how to get back to the deck (outside) of the ship. Abrashoff set up a new sailor on-boarding process that greatly improved morale and new hire ramp up speed. The process was copied by other ships and I wouldn’t be surprised if its not SOP for the Navy now.

You can change the world

Yes, you. The project manager on the right. You sitting in your cube with a stack of Gant charts threatening to bury you. You with the action item list that looks more like a parts list for a nuclear sub. You, the project manager who just had to go turn back on the office lights because the timer automatically turns them off at 10:00pm.

What we have to do is be the best we can be. Focus on what we are good at, do it and keep doing it. When you something really well, people notice. I’ve had it happen to me. I’ve created MSFT Office templates for my own use. I always put my name into the properties section when I do it. Many times I’ve gotten a document sent to me from some other project. Gee, this looks familiar. Well, hey there, look at that. My template, tweaked a little and being used half a company away. Guess it worked.

If one junior Captain, one single destroyer can change the United States Navy, then a good project manager can damn well change the world.

So what are you waiting for?

2 thoughts on “It’s Your Gorilla, So Change the World!”