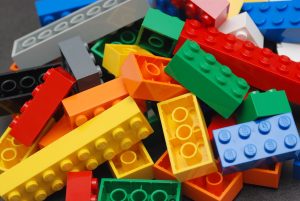 I flipped through the pile of classroom feedback for the millionth time. I was hoping that maybe this time I’d see something different. And like the last 999,999 times, the results were the same. I’m not sure why I kept punishing myself. Except that maybe by trying to find a different answer I could postpone trying to figure out how to fix the real problem.

I guess it could have been worse, heck a lot worse. I was getting really excellent scores and feedback, on the majority of my class, was universally positive and upbeat.

Except for my Scrum simulation. Arguably the core of my class, it was absolutely lacking in feedback, positive or otherwise. In dozens of feedback forms, when I asked the attendees to call out three things they liked, my Scrum simulation was never mentioned. If I was going to be a world-class agile instructor, I needed to get my core exercise out of the doldrums. Even negative feedback would have been helpful. Then at least I could work to address it. From first hand conversations about the best I was getting was “Meh, it tied things together all right.”

And my day just couldn’t get any worse. “Go away, Hogarth. This time you honestly can’t help me.”

Of course my gorilla ignored me and ambled over to my office’s small meeting table. “Oh, yeah, sure, sure. This instruction stuff is hard. All that making sure you cover all the points, keep them engage, ensure retention”. He set a small plastic tub on the table.  “I won’t bother you at all, just needed some place to assemble my LEGO Gorilla Escape, the Reckoning set.”

I almost let him suck me in, almost. I knew if I asked him any questions he would turn it into some deep dive into my psyche, examining how my brain was like a box of unsorted LEGO or something like that. Instead I went back to trying to solve my problem. How was I going to fix my Scrum simulation. Grabbing post-its I started doing some brainstorming.

Thirty minutes later I sat back with a disgusted sign. It was no use, my mind was blank. I was just hitting my head against a solid….

“Wall!” Hogarth said. Startled, I looked over at him. Using LEGO he had assembled a castle wall, complete with turrets and a parapet wide enough for a paperclip to march down like a toy soldier.

I rolled my eyes, “Hogarth, do you have to make something for everything I say?”

My gorilla was already building something new, an infinity symbol. “Well, it’s hard not to when these things are so versatile and not too mention fun. I mean you could do almost anything with them.”

Once again my gorilla had led me down the merry little path into the gaping maw of truth.

Who doesn’t love playing with Legos?

Lego Scrum Simulation for Enterprise is an interactive exercise for teaching the Scrum fundamentals. Useable either stand alone or as part of a larger class, students learn by doing. This ensures a much higher retention of knowledge than traditional lecture based question and answer instruction.

The simulation is heavily founded on Susan Bowman’s 4C training model. It seeks to get the students deep into the doing right away. In the course of the simulation they end up learning or reinforcing the majority of the Certified ScrumMaster course requirements. When included in an agile training class, it forms the Concrete 4C for the entire class, while itself walking through the 4Cs during the simulation.

An engineering director once told me “show me an engineer who doesn’t like playing with LEGO, and I’ll fire them.” While meant strictly in jest it does sum up “Why LEGO?” in an incredibly brief manner. I can count on one hand the number of adults I’ve met who when left alone with a pile of LEGO won’t start building something. They are incredibly tactile, highly engaging and the possibilities of combining bricks is effectively limitless (no really). They are also culturally universal. When I used the basic Scrum Simulation (based on the XP Game), I found students who didn’t have a clue how to blow up a balloon, or the first idea of where to start with folding paper hats. Rolling dice, something I grew up doing, is not second nature to everyone. LEGO, on the other hand, takes a second to learn and is as inviting as you can get.

What does “For Enterprise” mean?

As I went from learner to instructor of Scrum I learned how it fit with the students I taught. A vast majority of my employers and clients have been high-tech, software focused organizations. These organizations have many things in common, among them being a high-level of Technical Debt and an underlying set of dependencies that make building new technology often like a game of Pik-Up sticks.

As I crafted the LEGO simulation I wanted to address these issues as part of the simulation. Most of the simulations I’ve experienced were very focused on the basic Scrum mechanics, with an assumption on a single team doing all the work. By bringing in the concepts of Technical Debt and Dependencies, I gave my students a starting foundation for applying Scrum in their work.

The simulation leverages the well-used model of compressed sprints. During the course of the three-hour simulation the teams will go through four complete sprints, from refinement to demo. This includes tracking their progress on burn-up/burn-down charts and doing planning forecasting.

The concept of the simulation is that the team is building a city from LEGO. They are responsible for everything from the roads up and must plan their layout and deal with potential resource limits (there are only so many 1×2 45° Roof Tiles in your LEGO bin) along the way.

Story Cards are two sided, with the front including the title and story details. The front also has a business value assigned in dollars and an empty box for the team to put in their level of effort estimate. The reverse side has the acceptance criteria for the story.

Technical Debt is expressed via disaster cards. In a shameless borrow, from the SimCity game series, teams get a disaster card at the start of Sprints 2-4. Like any Technical Debt, they can choose to ignore it and suffer the monetary impact, or they can take time to fix it.

Dependencies are played out through the use of roads and intersections. Nearly every story requires it to be built on a road (commercial or residential) and roads are limited in length so require intersections to piece them together. There are also acceptance criteria that dictate how far apart some buildings must be, which in turn drives the need for more roads.  When the product owner is proposing stories to the team, the team has to look at the criteria and let the PO know if a road or intersection will be required. Sad is the team that builds a perfect University and then forgets to put it on an appropriate road.

All my material is available for download on my Resources Page. It is shared under Creative Commons Attribution-ShareAlike 4.0 (CC BY-SA  4.0). I ask that you credit me if you use the materials and if you make modifications to the simulation, those modifications are not monetized.

I will continue to expand this simulation, over time. I felt, though, that it was high-time I put it out for general consumption.  I realized, that after sitting on this for over a year,  I was falling into the “has to be perfect” trap of writers and not following the principles of “get it out, get feedback” of agile. For example I am releasing the Facilitator Guide without complete facilitation notes.

Go, have fun and create many awesome agile learning moments with LEGO!

Scaling: Probably the most commonly asked question I get is, “what about where all the teams are building to a common map?”. This request comes from the desire to see how teams would scale working on the same code base. I absolutely love this concept and once I sort out individual team model more, I intend to look into a Scaled Lego Scrum Sim.

Pre-Built: I’ve demonstrated the simulation at over a half-dozen conferences and meetups. With a short time format, I can’t run through the entire simulation. What I do is start the teams with a blank map scape for Sprint 1 and then skip them to Sprint 4. I pre-build Sprints 2 and 3 and hand these out after Sprint 1. I also give them sprint data for the two middle sprints, so they can update their information radiators. This allows people to experience the full extent of the simulation in a short time period. In the future I may explore this as more than just a demonstration and possibly a way to deliver the module faster.