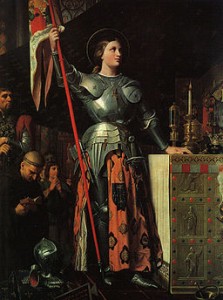 “What do you mean you’ve got to go? We’re three weeks behind schedule we need all hands on deck.” I was gripping the phone so hard I was sure I was leaving finger prints in the plastic. “No, no, no. We went over this. If we can just get through this release, we can all take some time off. We’ll even get comp time.. Uh huh… yeah. Okay I’ll talk to you when you get back.”

I slumped back into my chair and stared at the ceiling. My half hearted attempt to get the phone back on its receiver without looking only resulted in the phone falling to the desk. I left it there and continued to stare up at the ceiling. This was the third person on the project to take a vacation this month. The project was already an aggressive one and I’d under estimated resources so every day was critical. At this rate we’d be red and slipping by the end of the week.

I heard the distinctive click of the phone being placed back on the receiver. Great, just what I needed. “Go away Hogarth.” I didn’t hear anything. Of course I don’t think he made any noise when he didn’t want to. Still I knew he was still there. He was staring at me right now. He was probably thinking about how much this conversation sounded like my last project. He was staring at me now. He was just waiting for the right moment.

“Augh!” I threw my hands up as I sat up in my chair. Coming up right my eyes fell on my gorilla. Hogarth just sat in the chair across the desk and stared at me. I hate it when he does that. “Okay, okay, so I didn’t get them the time off after the last launch. We had that special project pop up and we needed everyone on it right away. And we couldn’t have a party because we were in the third quarter belt tightening season.”

“Hey don’t you start!” I snapped. “It shouldn’t even matter, I’m in charge of the project and I said it needs to be done. They just need to pony up and buckle down.”

It’s easy to forget that the arm span of a gorilla is considerably greater than we humans. I was reminded when a leathery palm reached from across the desk and smacked me upside the head.

“Ow.. Hey!” Hogarth was still sitting calmly in the chair opposite me. Had I not just witnessed (and felt) his hit to my cranium it would have been hard to imagine he had ever moved. “What was that for!?”

I think Hogarth may have actually rolled his eyes. It was hard to tell with the bushy eyebrows. “Fool me once, shame on me. Fool me twice, shame on you?”

I blinked. “Seriously?” I said. “You’re going to start spouting old English proverbs at me now? What’s next?”

Okay, now he was just playing with me. Just trying to put me off balance before he gave me the real message. Right? Suddenly the same leathery palm that had so recently reached out and touched me came up again. I started to flinched, until he turned the hand towards him and gave his chest one sharp beat.

“We can agree she saved France from destruction?” He asked.

“And we can agree that at the time, the thought of a woman, much less a girl leading an army is pretty absurd?”

“And when she started, did she have any authority?”

I shook my head.

Hogarth nodded. “That’s right. What did she have. Why did people follow her?”

“They had faith in her. They thought she was sent by god.”

Hogarth nodded. “And what underlies a belief like faith?”

Hogarth knew I didn’t know the answer. He wouldn’t have asked the question if he thought I knew it. So I just waited.

And with trust, you can lead a nation’s armies when you are nothing more than a slip of a girl.

You’ve got to ask yourself, what do you want to work on improving? Authority or Trust?

Which is going to go farther with your team?

One thought on “Gorillas don’t need authority to lead”