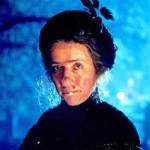 You know the nice thing about banging your head on the desk?

It feels so good when you stop…

And some days that is enough to look forward to. Days like today, launch day. The day we put our best face on and release into the wild the product we’d been working on for the last eighteen months.

You know the old joke about products? “Products don’t launch, they escape.” Well our product overpowered the prison guards and stole a tank to bust out. And I was left sitting in my office with that horrid déjà vu feeling of having done all of this before.

Because we had, on the last release.

The authentication database locked up after a hundred logins, just like last time. The servers couldn’t handle the traffic load of a major part of our user base logging in at the same time, just like last time. I could go on, only my head was getting sore and it really didn’t matter. Oh, sure, we’d improved the build process, getting down to twenty-four hours from build to completed tests. Other than that, though, we had made almost the exact same mistakes as last time and as certain as the sun comes up we would make most of them again.

This was all like some bad metaphor, I just wasn’t sure which one.

“Wha?” I looked up to see Hogarth filling my doorway. “Hogarth, what do you need?”

My gorilla lumbered into the room and took a seat on the ground next to my fichus tree. With a contented sigh, he leaned back against the wall and helped himself to a branch from the fichus. Finally he looked up at me and said, “You were looking for a metaphor to describe your problem with déjà vu, I was suggesting Ground Hog Day.” He held up a finger, ” The movie not the actual day.” His teeth stripped a piece of bark from the fichus branch before he continued, “Every time Bill Murray went through his day, he learned something. Eventually he even started improving things.”

Hogarth gave a wave towards the hallway and the other offices. “Stop trying fix everything all at once, it won’t ever happen. Pick one thing, and fix it. Then repeat the process again and again.”

“Augh!!!” I threw my hands up in the air. Had I any real hair to speak of, I’d probably have been yanking it out of my head right then. “Am I ever going to be rid of you? Am I doomed to a life of moral correctness being delivered to me by an 800 pound gorilla?”

Hogarth folded his hands over his belly and gave me a soothing smile. “When you need me but do not want me, then I must stay. When you want me but no longer need me, then I have to go.”

Oh no! I wasn’t going to be tricked this time. He’d made me look like an idiot too many times with his obscure historical quotes, “What famous philosopher said that?”

Hogarth smiled at me, “Nanny McPhee.”

Coaches (Agile, Lean, Business) are like Nanny McPhee and Businesses are like the Ground Hog Day movie.

Last week I had the privilege to attend the SFAgile2012 “Unconference” in San Francisco. It was a great experience and I am still processing everything that I took in. In the coming weeks I hope to write about more of my observations and personal discoveries, like being caught in the middle of converging philosophies, the agile survival guide for functional managers, the need for a new definition of agile (who knew manifesto was such a highly charged word), or even a humorous look at the word fachidiot.

Right now though, I want to tie together two threads I experienced at SFAgile2012.

Hackerpenuer – or the Ground Hog Effect

The first was Joshua Kerievsky’s (@JoshuaKerievsky) closing keynote at the conference. One of the attendees recorded his keynote and I think it is very much worth watching. No matter what your preferred methodology is, I believe Josh’s points will resonate with you. And his use of the movie “Ground Hog” day to illustrate both the problems with learning and the benefits of learning from mistakes was superb. He extended the ongoing theme of the conference, that of the cultural hacker.

His use of the movie was very telling and I can’t begin to cover everything. One of the powerful take aways I had was in the power of iteration. We watch as Phil relives the same day over and over again. We watch as someone is given the chance to “if you could do it all over again, would you do it differently.” Phil could, because his iterations were short and he remembered what happened the last time he was able to make changes and experiment.

What if your iteration is nine weeks long and you don’t do integration until week seven*? That means you have to go seven weeks between each time you get to effect a change. And then it’s a lot like the theory of reincarnation. Yes, you get to live life again, only you don’t remember the last  life, so you just might make the mistakes again.

*Yes, we know it’s a bad idea to wait so long for integration testing. It works for this example though.

The second thread was one that I was unable to put words to during the conference. It was not until after, when reading Olaf Lewitz’s (@olaflewitz) Twitter profile, that I was able to put words to the thread. Even now, I find myself struggling with words I am happy with. For now, our Goal through Mission, Value, Purpose (MVP, yes I planned that) will have to do.

Olaf’s Twitter profile reads: “Linchpin. @agile42 Coach. When you need me, but do not want me, I must stay. When you want me, but no longer need me, then I have to go. (NannyMcPhee)”

Nanny McPhee is another movie, one in which Emma Thompson plays a character much like Mary Poppins. If you remove all the sugar and spice and everything nice and replace it with warts and boils and in your face honesty. McPhee could be the living embodiment of what happens when an organization embraces Agile/Lean methods. It is often said that Agile is a great tool for revealing the warts in your organization. And for those that stick with it, they find that the warts are not really that big  compared to the beauty of effectiveness they can achieve.

Nanny McPhee is also the perfect coach. She doesn’t try and change you. She creates opportunities for you to see change, she asks you the questions you are asking yourself, and she helps you to see the change you want to make. She doesn’t lead a horse to water, she asks the horse “Where is the water?” (After sneaking up on the horse in his stall and apologizing that the door was open.)

This brings to the interesting question. One I am still not sure I can even put properly into words. For want of something I’ll just settle for “Who are we, what do we do, what is our purpose (Hmm WWW. I think MVP is better). Really though I think the right question is, “What is my goal?”

We already have an idea of Olaf’s purpose through his espousing the McPhee mantra.

Simon Marcus, the CTO of The Library Corporation, summed it up as “Continuous learning and respect for others.”

Illan Goldstein (@iagile), an Asutralian Agilist, responded to my own goal statement with “To constantly improve and to never go backwards.”

Which brings me to my goal. What is one sentence I can use to sum up my goal as a program manager, coach, facilitator, <insert title here>? For me, I say “My goal is to spend every day trying to make myself obsolete.”

This is not my personal life goal (my wife would object). This is my goal in working with teams and a company. After a twittersation (conversaion on twitter) with  @iagile and some others, I realize that even something so simple can lead to confusion. Words are amazing.

My thoughts are that if I am always trying to make myself obsolete for my current team/org, then I am working to better myself, better the team, empower the team and improve the value stream. It is almost certainly an unattainable goal and I think that is just fine. It is not the goal that matters, it is the journey that matters.

So with two popular moves, we see answers to change, the value of short iterations, the value of revealing the warts, and some clues to what is our purpose as coaches.

> I will always strive to not be needed. If I ever am not needed, I will be filled with joy and contentment for the world will surely be a much better place. <

Want me to talk to your gorilla? Send me an email, jbancroftconnors@gmail.com

2 thoughts on “Gorilla McPhee and the Groundhog”