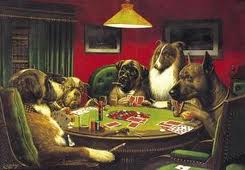 2 thoughts on “Don’t play Planning Poker with the Gorilla”