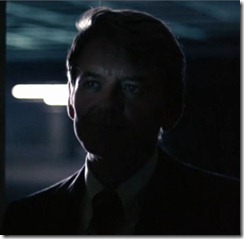 Darkness threatened to swallow me whole. The elevator doors had opened up on a scene right out of a classic horror film. The underground parking garage was plunged into the depths of darkness. Light was limited to a few lights pouring out pitifully small pools of illumination. The scattered light contributed to making the darkness even darker. Facilities was working on the “intermittent power issues with all diligence” but that didn’t change the fact that our parking garage currently resembled a set from some bad horror thriller.

Oh, sure, the Icarus team was doing awesome. They’d taken to scrum like a politician to a fundraiser and their performance was amazing. As a proof of concept it had been an earth shattering success. As a catalyst for change, it had run straight into a brick wall of resistance. “Oh it worked fine for a small project, but it will never work on a real product.”

It was time to throw in the towel. I’d given it the old college try and carried the water. Now it was time to take my marbles and go home….

The distinctive click of an iPhone unlocking and the sudden glow of the screen revealed the dark outlines of a figure. Cloaked in the inky blackness and wearing dark clothing, It was difficult to tell where the figure left off and the darkness began. He had an almost looming presence, as if he were greater in size than me. Greater in size than any man. Wait a minute, was that a black coat, or that was that fur?

My gorilla lifted his iPhone to lips, the glow of the screen lighting up half his face and plunging the other side into deeper shadows. “Shhh, no names. We’re you followed? “

“Followed, what on earth are you talking about?”

Hogarth leaned back and turned his head from side to side scanning the darkness of the parking garage. Apparently satisfied there was nothing in the nothingness , he looked back at me. “If Percy knew I was here it would be bad for both of us.”

“Percy?” I wracked my brains trying to think of anyone in the company named Percy. “Wait a minute, you mean that Elephant you play poker with?”

Hogarth nodded, “Percy Liddy, he’s accounting’s Elephant in the room. His skin is so thick, nothing can get through to him. We were at a company once and the stock fell ninety-five percent in four hours. He just stood there, unmoved and perfectly calm. One of the monkeys from legal asked him what his trick for not panicking was. Percy responded that the trick was in not minding.”

“Hogarth, what are you going on about? I’ve had a long day and I just want to go home and drown my sorrows in reruns of Gunsmoke.” That’s all I really wanted to do. I was exhausted and tired of running head first into the brick walls of agile resistance. The company executives just didn’t see the value. It didn’t match their vision of the world and so it didn’t have a chance of succeeding. I was stuck, completely stalled, I had no idea who to talk to that would actually listen and could support an agile adoption.

I blinked at him. “What do you mean, follow the money?”

His bucket sized head gave a shake, “I can’t tell you that.”

I puzzled at what he had said. Follow the money. Besides being a way over used movie quote, what the hell did it have to do with anything. Then I understood. Okay I understood what he meant, I didn’t understand why. “You mean I should talk to Finance? Are you crazy, they pinch sawdust just to make more pencils.”

Just then Hogarth’s iPhone turned off, plunging our corner of the garage into total darkness. A few seconds later, from even deeper in the darkness I heard his voice whisper, “Just follow the money.”

Shaking my head I turned on my own iPhone, to light my way to my car. Accountants as the key to going agile, was he serious?

Crack the shell on your average enterprise class company and you’ll find so many agile antibodies if could overwhelm even the most robust agile coach’s immune system. Once you move past the small company, you start running into all sorts of adoption anti-patterns. Enterprise companies have been doing things the way they have been doing them for so long that inertia will keep them going for the next century. Without some way to show a tangible benefit, that makes sense to the C-Suite executives, we are going to continue to run into challenges at the higher end of corporate mindsets.

Pat Reed and Walt Wyckoff may have just given us the tools to break down the walls around the C-Suite. I attended the July session of the Bay Area Agile Leadership Network. There, Pat and Walt presented an Agile Accounting Model: The key to Enterprise Agile. I knew of Pat and had attended a talk of hers early in my agile journey. So despite being a failed art major, I confronted my fears of finance and went to see what I could learn. I’ve spent the last decade working in Enterprise class companies and I’ve seen first hand the challenges of trying to take agile from a tolerated experiment to the accepted way.

I admit I was dubious. I also admit a lot of that doubt was tied up in my own lack of finance knowledge. In some industries, project management has its hands all over the budgets of their projects. In my entire Silicon Valley experience, I’ve never been in a company where budgets and project managers ever had more than a passing acquaintance. I wasn’t alone in the room either. Basic concepts like Expense versus Capitalization are things most of us understood, but only just.

It wasn’t until the break out exercises that my Aha lights started going off. Working with Walt on how to explain the benefits of agile to accountants, we made a break through that the same explanation used to the accountants could be change the minds of the C-Suite.

Again, I’m no accounting genius, so bear with me here.

First off: Expense vs. Capitalization for dummies, by a dummy- Expense means you have to subtract that money from your balance sheet right now. If the project expense is three million dollars, that’s three million less profit for this quarter. Capitalizing allows you to spread the cost over months or even years. IT does this with computer hardware all the time. You don’t drop $100K for a server on the Q3 bottom line. Instead you divide the cost over the life of the server. So a server expected to last four years costs the company $25K a year, for the next four years. (Go check with a real finance person on this before taking it to the bank.)

Now to the benefits:

You can capitalize your Product Management (And more of development and deployment):

In a standard Waterfall lifecycle, everything that happens before coding starts (officially starts with the project commit)and after it ends, is considered an expense. Only the direct development effort is considered a “material” part of the project and can be capitalized and then only after it ships.

In agile, design and development are often tightly inter twined. If you are making proof of concepts then you can capitalize. If you’ve read Lean Startup, remember the guys who started the smart concierge service. Now think about the fact that they could start capitalizing their product the minute they had that first paying customer. This was months before the first line of code was ever written.

Agile can let you release more often. This allows you to start your capitalization faster.

Instead of releasing once every eighteen months, a successful agile can be shipping customer releasable product as fast as every month. You can start capitalizing faster, so you spread out your costs faster.

But wait, Enterprise customers don’t like frequent releases. And what about proof? You have to convince the accountants you can really ship.

First off, there is almost always one customer who will take your release. And all you need is one. So long as one customer takes the release and puts it into production then you have a shipping product and you can start your capitalization.

As for trust, it’s not a quick road to make a major change. Go to accounting right now. Tell them, “In the next twelve months we’ll make a shippable release every quarter and we’ll find at least one customer to install it. A year from now, we will come back to you and ask that we be allowed to Capitalize our development process from the start of Sprint 0.” In other words. Show them the money first. Prove you can walk the walk.

It can allow you to Capitalize your services

I didn’t get this one as fully as the other two. Ron Lichty, an agile coach and author of “Managing the Unmanageable”a soon to be released book, raised this and by the nods from Walt I know it made sense. With so many companies offering professional services (consulting) along with their products, this could be a huge win.

A word of caution: Beware the dark side.

Okay, so let’s go back to that Lean Startup use case. They haven’t written a single line of code. The product doesn’t exist yet. Instead they are manually doing everything their automated concierge service will eventually do. The CEO and CTO meet every week with their one customer. And yet they could capitalize all of this, spreading out the cost of coming up with this product over several years.

If we give Wall Street new and creative ways to report profits, we will also have to be very certain we instill in the C-Suite the rest of the values of agile and Stoos. If we don’t, we could end up at the wrong end of a shell game that makes Enron and Bear Stearns look like table stakes at church bingo night.

Umm, I’m not following you.

Yeah, what he said, only I don’t trust your data.

Fair enough. I’m not sure I followed it all either. I’ve since started watching Khan Academy’s videos on Core Finance, to raise my own knowledge of basic business accounting. Don’t take my word for it.

Hear it from the Speakers: Pat and Walt will be presenting their findings at Agile2012. For those of you in the SF Bay Area, I know that Silicon Valley ALN is trying to get them to come and speak later this year.

Review the Slides: Bay ALNhas their slides posted to their Meetup page.

Google it: “Pat Reed Agile Accounting” will find you older examples of the presentation. I don’t know how much it has evolved over the years so this probably is your last option.

Imagine a world where the bean counters were asking the CEOs why the company wasn’t using agile development?

One thought on “Deep Gorilla: To Succeed in Agile, Follow the Money”