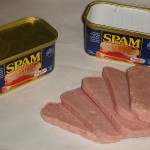 
My computer finished resuming with a happy chirp. In seconds it was pulling down data from the internet and my applications were all madly updating. Taking a slug of coffee I popped open Tweetdeck and looked to see what gems the night’s rest had produced. Two minutes later I’d already pushed out at least a dozen retweets, it was a banner day for tweets.

“Whoa there, Tex, slow down with that keyboard. Do you know how fast you’re tweeting there?”

I didn’t bother to look at Hogarth. He was no doubt looming behind me with a disapproving scowl on his face, that’s what a gorilla in the room does. I shrugged, “about a dozen in the last two minutes.”

My gorilla stepped close enough for me to see his reflection in my monitor. He was counting on his fingers. “About a dozen? So you’re saying that you are pushing out a tweet every 10 seconds? You do know that it takes on average five to eight seconds just to read a tweet? You actually want people to pay attention?”

“Hogarth,” I said. “I’ve got just a few minutes to retweet here, before I have to get to work. I have to go fast.”

I shuddered, “Oh god, he used to write emails in the middle of the night. By the time I got in the office, I’d have twenty emails from him.”

Hogarth nodded. “And how many of them did you read?”

Ouch…  Okay, Hogarth had a point. I threw up my hands, “Okay, fine! So I I’ll cut back to one tweet a minute.”

I turned back to my computer. Giving a sigh I watched my clock tick down a full sixty seconds. As the second hand swept past the 12 I clicked on a tweet and selected the retweet option. With a satisfied grunt I hit enter. “There!”

“Don’t you even read them?”

Shaking my head, I said “These are pure gold, I only follow the best, I don’t need to actually read them.” I pointed at my screen, “Look at this one. It’s from @PMUberGuru. This guy pulls down high five figures for a one hour speaking engagement. I don’t need to read his stuff, it’s guaranteed to be good stuff!”

“This email I just got,” Hogarth said.

I spun about in my chair, “what email?” I began only to stop before I finished the thought.

Hogarth had a banana shaped device in his hands. It was lying flat in his palm and split open down the middle. He pointed at the device.”iBanana,”

Giving me enough time to roll my eyes he continued. “It’s an email from @PMUberGuru. Seems his Twitter account was hacked and the hacker sent out tweets pointing to some really nasty malware web sites. You know the kind, soon as you hit the page its trying to convince you your computer crashed or something, just click this button to reboot your computer.”

The sheer insanity of Hogarth using a banana shaped phone was quickly shoved to the side as the full impact of his words sunk in.

TSSS- Twitter Spammer Sinner Syndrome. So like any good, social media using, project manager I follow the #PMOT hash tag. It has been a source of some truly great project management insights. Unfortunately, I often wonder if it is worth the effort. Much like a needle in a haystack, you have to really hunt for those gems. And when I have to hunt for useful information in a Twitter feed, then it’s not really worth it.

One evening I was working late. I could tell that this one project manager had just fired up his computer (maybe in meetings all day, maybe he’s in AsiaPac). In the course of five minutes he’d retweeted close to thirty tweets.  With the settings on my Tweetdeck that meant that just about when one tweet was fading from my screen, it was replaced by another (I’ve since change Tweetdeck to only show new tweets every ten seconds and am considering disabling notifications all together). At that point I’d had enough and I closed my Tweetdeck. When I fired it up the next morning and scrolled back through #PMOT there was an hour’s time period where this PM was the only tweets on the hash tag and there were a lot of them.

You know what happened? I don’t even give his tweets a second glance and I certainly have no plans to ever follow him directly.  When I see his picture, I just look to the next tweet. He may be a truly brilliant project manager, but he spammed me and that’s just not okay.

I think there are at least two other cardinal sins and I’m not alone:

Irene Koehler first put words to this sin for me. In her blog, “Connecting Twitter to LinkedIn: Just Say No,” she gives an impassioned argument on why you shouldn’t have your tweets automatically post to LinkedIn.  I can’t agree with her enough on this and it also goes for doing the same with linking tweets to Facebook. It is not uncommon that if you are following someone in one Social Media, you follow them other places. They are all different communication methods and the last thing I really want to do is see the exact same post in LinkedIn, Twitter and Facebook.

More importantly, LinkedIn is about professional status and networking. I do not need to know where you just had dinner. I’ve removed people from my LinkedIn network for this.

I hadn’t even realized this was bothering me until I read Tim Tyrell-Smith’s (Tim’s Strategy web site for career tips and advice) recent blog; “Don’t Follow Me on Twitter – Talk To Me“

Tim points out this sin wonderfully well, but I’d like to offer up an analogy of what is going on here.

I walk into a coffee shop. Ignoring all the patrons in the shop I wander over to the bulletin board and tack up my lost dog poster. Then I walk out of the coffee shop and go repeat the process at a half dozen other shops. Meanwhile, back in the coffee shop, a lady finishes paying for her coffees and heads out to her car where her husband waits. I helpfully hold open the door for her, before heading off to my next place to post flyers.  When she gets into the car, she asks her husband “so should we make flyers for this found dog?” The dog in the back seat just wags his tail.

Twitter is becoming the bulletin board of the internet. People don’t post to have conversations, they post to convey information. They use it as a sign post to their blogs (I have been guilty of this). Instead of being a destination, Twitter are the signs on the side of the freeway. Gas, Food, Lodging, Blog posts…

I maintain two Twitter accounts, one is for my professional project management and the other is a cross between personal and for my freelance fiction writing. As I examined my two accounts I found my professional account was filled with sign posts. Whether it was myself or the people I follow, the tweet feed was filled almost completely with posts to other places. There are no conversations. In contrast, my private feed is filled with dialogue, interaction and “community.”

Twitter has the potential to be a powerful communication medium. Unfortunately we are in danger of it turning into a mind numbing information pipe. Ever heard the expression, drinking from the fire hose?

Make Twitter, “cocktails with friends”, not, “drinking from the fire hose”.

Leave the Spam to the professionals:

Joel Bancroft-Connors
The Gorilla Project Manager
Want me to talk to your gorilla? Send me an email
You can follow me on twitter, @JBC_PMP
Who is Hogarth? Read Blog 001 to find out all about my personal gorilla.