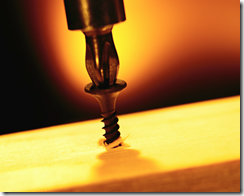 “You’ll thank me for this. It’s going to make you so much more productive.”

Jake eyed the spreadsheet dubiously. I suppose I could understand his reticence. At first glance the Systematic Total Universal Program Iteration Document was a bit of an eye chart. I hadn’t understood it really until I’d taken the five day intensive training. But hey, now that I was trained I knew this was the absolute best thing I’ve ever seen. Ever!

“And I have to update this every week?” he asked.

I shodded my head. (You know, when you start to nod your head and then shake it no?) “Well that tab yes, click this other tab for the daily report.”

Jake complied, his eyebrow crawling into his hairline when he did. “This… This is a daily report.”

I nodded enthusiastically. “Uh huh, we’ll always know where the project is now.”

Jake closed his laptop and gathered up his stuff. I could see he was in a daze. Probably thinking about just how productive this was going to make him, once he finished the training. As he walked past me I heard him whisper ,”Yeah, this is definitely stupid.”

I held up a finger, “It’s pronounced ESS-tup-Id .”

Jake stopped for a moment. Then shaking his head, he kept going.

I tugged at my beard. “Well that was weird.”

“Weird in that he didn’t feed you his computer, or weird in that you thought that actually went well?”

Why did he always have to come and ruin my mood? “Hogarth, I don’t need your help. Things are going just fine. The new process is going to be a wonder.”

Hogarth’s looming form pushed off the wall and made its way over to the conference table. “I was more thinking blunder, but hey they do rhyme. “

“Blunder? Have you been smoking banana peals again. What are you going on about?”

Hogarth settled into a chair, easing back slowly as it desperately protested. “I’ll have you know I was drying those peals for a science experiment.” He waggled a leathery hand at me. “You’re playing with your shiny new toys again.”

Hogarth leveled his deep brown eyes at me. “If it works, don’t fix it.”

SOME DAYS ALL YOU REALLY NEED IS A SCREWDRIVER

Way back in 2009 I introduced folks to PIG, the Process Inflexibility Gorilla. In that blog I gave folks the screwdriver argument , which is a useful analogy for why you want to be able to support more than one process, tool or way of thinking.

In a nutshell, the screwdriver argument is:

“If you have the world’s best screwdriver and you’re locked in a room with lug bolts, all you have is a pointy stick.”

And flexibility is a good thing. It’s a key tenet of agile and many leading management techniques. I’m all for flexibility. I’m all for trying something new and innovative. And I’m also aware that I suffer from the all to common failing of… 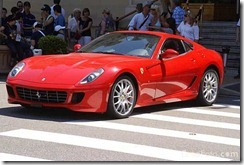 Sorry, where were we? Oh, right, shiny. Back in the 90’s there was a US SitCom called “Home Improvement.” In the show, the lead character (Tim Allen) was a bumbling suburban dad with a TV Show where he was a tools “expert.” Without fail, if he got a hold of a new tool, he had to use it and he had to use it right then. Even if it meant he ended up dropping a crane load on his wife’s classic car.

New toy syndrome can be the death knell of many a good project. The latest fad comes along (we talk about fads in “Agile- A Gorilla Four letter word?”) and off the company goes. Who moved my cheese, Trust Courses, Yell Thereby, African Expeditions, Survivor Board Room, you name it, we’ll try it. All in the blind attempt to find a better way. Only do we need a better way?

If the orders are shipping on time, order placement productivity is high, the customer is happy and the company is doing well, do you really need to shake everything up and put an entirely new ERP system in? Probably not. And yet I’ve seen it done. A complete replacement of a tools system because the new tool would be cheaper, so what if it doesn’t have all the features we need right now, their professional services said they can build us what we need.

New toy syndrome can strike our projects as well, though sometimes it can be old toy. I worked at one company in a division that had been acquired from the outside. The division was acquired because they understood a specific target market and knew how to build and sell to that market. The buying company then proceeded to try and impose its monolith process on the new division. A process designed to build technology that took from 2-3 years to develop was laid on top of an organization that regularly went from concept to ship in less than six months. And then the big company was confused by why the new division was doing so poorly.

You know, I could go on. But in the end, I think Hogarth summed it up perfectly.

Talking to gorillas, I’m Joel BC

“I CAN’T BELIEVE THE NERVE!” I stormed into my office, barely catching the door before I slammed it for all it was worth. I compensated for the averted door slam by tossing my notebook across the room. Stalking after it, I noticed Hogarth reclining in the corner of the room. I didn’t even look at him, I was in no mood to have my head shrunk by a pseudo- imaginary gorilla who’d watched one too many Dr. Phil episodes. “Don’t even start, I am NOT in the mood.”
I threw myself into my chair, threatening to topple it over in the process. I glared sightlessly at my computer monitor. I was too agitated to even scan my recent emails. It was all I could do to not grab the monitor and throttle it like I wanted to throttle Bob’s snake-like next. Finally I calmed down enough to scoop my battered notebook up off the floor.

Sitting back up I noticed Hogarth again. He was sitting in the corner of the room, not speaking or moving. He just sat there calmly looking in my direction. I snorted and tossed my book on the desk. “Not gonna work, hairball. You can’t fix this with a few pithy sayings and making me twist my mind around to look at itself from behind.”
Hogarth just sat there, unblinking. His placid face betrayed no hint of emotion.
I grunted and turned to my computer. I might as well get some work done.
Five minutes later I threw up my hands in surrender. Turing to the still silent Hogarth I said, “Fine, you win!”
Hogarth didn’t respond. He just laid his hands in thighs and cocked his head to the side.
“The team just demoed the product to the CEO. He was really impressed with how the workflow was improved. He said ‘Best damn idea I’ve seen in a long time.”
Hogarth just blinked. Still I could hear the question. “So? So Bob took credit for it. Complete and total credit for it. The lily livered slime bag had the nerve to take credit for the work!”
Hogarth just looked at me.
I sighed. “Bob’s idea for the workflow was a miserable failure. The team tossed it out and came up with something from complete scratch. Sure it fit Bob’s stated user requirements, but it had nothing to do with Bob’s actual ideas.” I smacked the table in frustration. “And there wasn’t anything I could do about it. If I’d told the real truth, it would have looked like I was tossing Bob under the bus. He may be a spineless product manager, but I’m not going to lower myself to that level.”
I clenched my fists, fighting back the desire to pound on the desk. “Oh he makes me so MAD!”
And then Hogarth finally spoke. “No, he did not make you mad.”
“What?” I stared at my gorilla with blatant incredulity. “I’m furious. I damn near took the door off its hinges and I think I dented my desk. How the hell can you say that Bob didn’t make me angry?”
Hogarth spoke, his voice calm and Yoda-like. “Anger you, Bob did not. Chose to be angry yourself, did you.”
I shook my head, not sure I’d heard Hogarth clearly. “Hogarth, he just took credit for the entire project and you want to tell me he didn’t make me mad?”
My gorilla nodded his head. “Yes.”
“Have you been sniffing the white out? That’s the most ludicrous thing I’ve heard you say all month. How on earth is it he didn’t make me mad?”
Hogarth folded his hands in his lap and leaned back against the wall. Speaking from under half-lidded eyes he said, “between stimulus and response, lies the ability to choose.”
“Really, Hogarth, you need to stop buying self-help books at Kmart. What quack shrink said that?”
Hogarth opened one eye and looked my way. “Stephen Covey.”
“Oh…”
Anyone who’s ever said Project Management isn’t a stressful job probably defines fun as “poking hot needles in their eyes.” Project Management can be high stress, high conflict and highly political. Mark Horstman, Manager-Tool.com, points out “What junior employees call politics, executives call doing business.”
So the stress and conflict are part and parcel to the job we do. What we do about it though, is completely in our control.
Stephen Covey says in 7 habits of a Highly Effective Person “Between stimulus and response, lies the ability to choose.” It is the kind of phrase you might expect from a Zen master or Yoda and in his own ways, Covey is the Jedi teacher of business. It’s an incredibly simple concept and as powerful as it is simple.
We project managers are bombarded from a hundred different angles every single day. We face reluctant teams, self centered sales reps, political managers, oblivious executives and more. At least that’s what we tend to describe them as when in reality we are dealing with teams that are unsure of next steps or feeling insecure with their positions, sales reps that are paid to make sales and if they don’t they don’t get paid, managers who recognize business is a series of give and takes and executives that must make a hundred decisions a day to keep the company moving and you probably are only aware of three of those.
Human nature is pretty quick to assign emotional content to everything. Being an effective project manager means focusing not on the emotions but on the behaviors. Behaviors are the words one says, how one says them (tone and inflection), facial expressions, body language, and work product (timeliness, quality, documents, delivery, etc.).
Once we recognize that we should be looking at people’s behaviors, without assigning emotional bias, then we have to start working on our own response. Maybe Bob did intend to completely undercut you and hog all the glory. Is slamming your door and breaking your desk going to make things better? Will your boss blame Bob for having to shell out money for a new computer monitor? More importantly, will anyone want to work with you? Bob may have been underhanded and greedy, but you are the one and only person responsible for your response to his actions.
Being a great project manager means taking the high road, a lot.
Just remember “The man poking you in the chest does not make you angry. You make yourself angry.”
Joel Bancroft-Connors
The Gorilla Project Manager
Want me to talk to your gorilla? Send me an email
You can follow me on twitter, @JBC_PMP
Who is Hogarth? Read Blog 001 to find out all about my personal gorilla.

“Listen, Jake, I need something here.” I leaned in over his desk, doing my best convincing look..