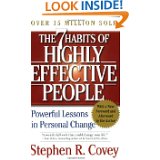 The mountain of books threatened to collapse the desk. Cubicle desks were just not designed to support the weight of so many books. Though I suppose the gorilla was the real issue.
“Hagarth?” I didn’t really need to finish the question, he knew what I was about to say.
“I’m sharpening the saw,” he said, not looking up from a book titled “The inter-dynamics of banana diplomacy when used in a corporate environment.”
“You’re what?”
He laid the book down and looked at me. “Oh forgive me. Here, let me move these books. How are you doing, you kind of look stressed?”
Hogarth was already bustling away to clean my cubicle as he asked the question. Without really any conscious thought I responded, telling him about the frustrating meeting I’d just gotten out of.
“You sound frustrated.”
“Yes I am.” I said reflexively. In my head I was thinking another thing all together. ‘Wait a minute, I just said that…’
“I can imagine, I’d hate to do that kind of work and have it ignored.”
Who was this and what had he done to my gorilla? “Hogarth what’s going on, why are you being so nice?”
“What, we can’t both get what we want. It’s not okay for us to have a win/win situation?”
“Hogarth, have you been reading Covey again?”
The 7 Habits of highly effective people, by Stephen R. Covey.
I have owned 7 Habits for at least ten years. In all that time I don’t think I ever made it past the introduction. It took Audible.com for me to finally take the time to listen to this book on being effective (No, the irony of my total ineffectiveness in reading a book I already owned is not lost on me. ).
I purchased the unabridged audio book, in all its twelve hours and fifty eight minutes of glory. As I listened to Mr. Covey read his own words, I repeatedly chastised myself for taking so long to do so. While the book and Mr. Covey’s exact words were new to me, so much of the 7 Habits resonates with my own personal philosophies and project management styles.
Mr. Covey read the book personally and I think this added a lot more to the book. So many of the stories are directly personal that for someone else to read it, the book would lose a lot of credibility.  And Mr. Covey’s personal anecdotes are a vital part of the success of this book. This isn’t just some self-help theory being preached by a consultant. The 7 habits are something developed through Mr. Covey’s personal life experiences. The sheer power of example on perspective is strong all by itself. Having the man who personally witnessed the events tell the story makes for an impact you just can’t measure.
The seven habits themselves are not something profound or earth shattering. Instead, I would place them into the pantheon of common sense. And we all know how much we humans manage to use common sense. His concept of task management (Part of Habit 3: Put First Things First) makes complete sense and is so easily put into practice. I had a business colleague complain about how his team was constantly behind the eight ball and they just couldn’t get far enough ahead of the fires to plan. He’d never read 7 Habits, but I described Mr. Covey’s two by two Importance/Urgency matrix to him in a couple of paragraph email. A month later he told me they’d been using this for task prioritization and it had done wonders. By taking a little time, they’d discovered a lot of the fires were urgent, but not important.
The book is a dense read (or listen) to get through. It’s not the kind of book you polish off on an airplane ride. There is so much data and thought provoking stories that you have to set the book aside to process it all (or turn off the recording in my case).  It is the kind of book that you should finish. There were a couple of times where I had the urge to push it to the side (Heck, I didn’t read the print copy for ten years). The urge was driven completely by my own discomfort in facing my own decisions and how I’d approached problems in the past.
My largest regret with this book is I didn’t read it ten years ago. This book may be twenty-two years old, but the words are still as relevant today as the day Mr. Covey first wrote them down.
Where does it go on my “Book Shelf Index”? The print copy is on an upper shelf in my home office. I won’t be reaching for it every day, but that more has to do with my having copied the 7 habits down and putting them in my computer where I can reference them daily. Buy the book and the audio, this is a book worth hearing read by Covey and having for reference.
Joel Bancroft-Connors
Veteran, the project management wars
Want me to talk to your gorilla? Send me an email
You can follow me on twitter, @JBC_PMP
Who is Hogarth? Read Blog 001 to find out all about my personal gorilla.