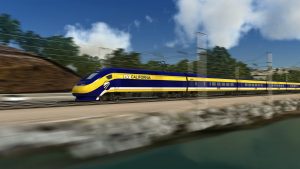 “So I’ve had a great idea.” Mr. Huggle wandered into my office on one of his unannounced visits. He had a magazine rolled up in his hand and was using it like an orchestration baton. “We’re going to go agile so we can be faster!” he announced triumphantly.

Oh dear Snowbird, he’d read another article in CIOs-R-Us magazine. On the one hand my heart had skipped a beat at the mention of agile. Might I finally be able to bring my Agile PMO out of the shadows and really effect a proper transformation? On the other hand, he’d used the “go faster” catch phrase. The article he’d read was probably written by some big five consulting firm who knew as much about agile as I did about astrophysics (less than none).

“That’s great, boss.” I began tentatively. “But I’m not sure that’s the actual goal of agile, though. If you read the manifesto…”

Huggle waved dismissively. “Manifesto? This isn’t some revolutionary movement. It’s a business process implementation. The guys at McLoiterson explained away that who-ha right away.” He waved at the rolled up magazine. “I’m going to get on the phone with their sales people today and see about getting some help in for us.”

He got up and started leaving my office. Pausing he turned around to ask “Say, you know something about this agile stuff already, right?”

“Great, why don’t you come up with an initial plan for how we can go faster first. No reason to pay pricey consultants if we can do it ourselves.”

And with that, he was gone.

I buried my head in my hands. It was my fondest dream and my worst nightmare all at the same time. How in the world was I going to convince Mr. Huggle that agile was about so much more than speed? That is was actually not about speed at all?

“No buts about it, and time to get to work,” said a voice from the dark corners of my office. Hogarth always managed to be elsewhere when Huggle came by. But clearly, he had been close enough to hear the conversation.

I looked up as the imposing shape of my personal gorilla loomed out of the darkness. “No buts? I thought you told me to never use that word?”

The Manifesto Doesn’t use the word Fast Even Once!

Like a bad penny, the “Agile lets us go faster” meme pops up again and again. The concept that we will go faster if we just adopt this agile thing is naturally enticing, so it’s not surprising to see it constantly coming back up. What managers or executive doesn’t want the lure of shipping their products faster?

Now, If we were just facing hopeful leadership we could tackle this in the normal manner. Unfortunately, I’ve started seeing this pop up in the words and writings of some notable voices in circles of better business, better development, and agility. No, I’m not going to call any of it out specifically. In retrospective it’s not about who did it, it’s about what can we do better next time?

So let’s do that. What can we do about this trend? How do we address the reality, that no matter what we seem to do, the conversation always comes back to “agile makes us faster, right?”.

The trains already left the station, folks. We are not going to separate “Agile” from the perception that it’s about “Going Faster” or “Shipping Faster”, or any other implications of agile and speed. That ship has already sailed and we are not going to get that horse back in the barn, so there is no use crying over spilled milk.

So let’s stop trying and instead focus on the power word “and”. Back in 2012, I wrote “The Agreeable Gorilla: The Power of And.” In this blog, I go on at length about the improvisation exercise of using “Yes, and.” More importantly, I caution against using “But” in pretty much any conversation.

That’s what I come back to again for this conundrum. We won’t change minds, especially if we keep insisting “But agile isn’t about going faster, it’s about…” Pretty much people tune out right after the “But agile…” part.

So instead let’s try some of these things…

“Yes, and in order to realize that speed you need to focus on making strong teams.”

“Yes, and we need to set up your systems so they can support that speed.”

“Yes, and if we get the coding faster, without improving how we test, we won’t be able to release any faster.”

We all know that you can go faster with agile. Sure, faster is not always what you need to be doing. And sometimes it is far better to go with the popular flow and use the enthusiasm of the “going faster” people to channel the organization towards healthy and sustainable agile.