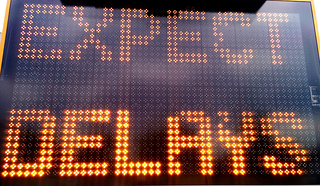 I hit Ctrl-S and closed the document with a sigh of satisfaction. Another task complete and with no small amount of satisfaction at the final outcome. I switched to my personal Kanban board. Clicking on the task box, I cheerfully moved it from “Doing” to “Done”.

“Awesome, so what’s next.” I moved my gaze over to my rank ordered backlog and looked at the task at the top of my list, ready to move it to my “Doing” column. My eyes took in the next task, “Oh…”

I looked at my watch. “You know, an early lunch might be nice today.”

“It’s only eleven o’clock, nothing’s open.” Hogarth, my personal gorilla conscience spoke up from the corner of my office.

“Oh, yes, well good point.” I looked at my calendar. “Well, I should probably prepare for my 1:00 meeting. It’s a pretty big affair after all.”

Hogarth nodded, “It is. Isn’t that what the purpose of that report you just moved to ‘Done’ was all about.”

“Yes, well another good point.” I snapped my fingers, “Today’s Thursday, that’s the day I spend thirty minutes reaching out to my network!”

Hogarth waved towards my computer, “pretty sure you have that on the kanban board as a lower priority already. You’re board is ordered on what’s most important, right?”

I glared at Hogarth this time. “You’re not helping.”

Happily munching on bit of the bamboo plant, he said “And you’re procrastinating.”

“What!” I half rose from my chair. “I am not, I just have a lot of important things to do. I can re-prioritize my kanban based on new data.”

Hogarth nodded again, “Yes you can. Are you going to re-prioritize this task like you have every day for the last six months?”

“Six months, don’t be absurd. I bet you a brand new bamboo plant that it has not been six months.”

I flipped back to my task board. “Let see, opening up the history on this task I created it June 1st. Hah! See it hasn’t been six month. It’s been… uh… eight.” I glared at Hogarth again. “You set me up!”

He nodded. “And you’re still procrastinating.”

The Road to Done is Paved With Good Intentions:

So how do you tackle procrastination. I’ve got two techniques and one kick in the butt that I think will help.

Break It Down: “Class, the assignment is a twenty-page essay on the impact of the Spanish Inquisition on a country of your choices. The paper is due in six weeks.” The enormity of such task often  paralyzes us into inaction. We find all manner of excuses to not start.” It’s so big”. “I’ll never get it done in time”. “Twenty pages?” Our high school history essay was just the first of many enormous projects we would face in our adult lives. Twelve-month software  development windows, five-year new car designs, decades-long infrastructure improvements. And like the essay, projects typically start with that huge hairy, audacious goal that seems insurmountable.

Yes, as Lao Tzu said, “The journey of a thousand miles starts with a single step.” Projects run using agile principles have shown us that even the largest task can be broken down into a manageable chunk of work. Whatever you are working on, start dividing it into steps and keep dividing them until you have something workable.

Avoid the Blank Page: As a writer there is probably nothing I fear more than a blank, white page. As a project manager, starting a project with no plan and no schedule used to give me nearly the same level of fear. That was until I discovered the almighty power of “Save As”. Whether I’m starting a new piece of fiction or a new project, I never start with a blank page. After two decades in Silicon Valley, I’ve amassed a huge library of templates and examples. With these, even if the project I’m working on has no history and no processes to follow, I always have some template I can start from. The final product may not look even close to the original template. That doesn’t matter, I don’t see it as rework, I see it as a jumping off point. That veritable beach head from old World War II movies.

Just Do It™: Good old Nike and their iconic slogan. Sometimes mind tricks, decomposition and the best laid plans of mice and men still leave you staring into the maw of procrastination in gibbering fear. That’s the time when my wife likes to give me a shove and say “Cowboy up.” Sit down and just start doing it. Don’t think of excuses, don’t schedule it, just start doing it. Odds are pretty good you’re going to come up for air an hour later having accomplished a lot more than you thought possible.

What was that? I haven’t written a blog since June, I’m a fine one to talk? Yes, yes I am. I’m not perfect, I absolutely make mistakes.  It’s the very reason I started writing this blog in 2009. I’m okay with not being perfect and sharing those mistakes with the rest of you, in hopes you don’t have to cover the same ground I did.

So grab a not-blank page and get going, “done” is just the other side of “not done.”