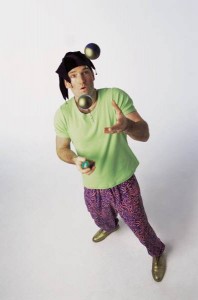 “Yeah hang on a second there Pete.” I shifted the phone to my other ear so I could grab my cell phone. “Go on, I’m listening.” I brought up the screen on my cell phone to see a text message from my wife asking if I’d done the research on website design I’d promised. Setting the cell phone down I tried to shift my desk phone back to my other ear. Only to drop it on the desk.

Scrabbling it up I tried to sound nonchalant, “Oh sorry, wind caught my office door.” Pete started talking again so I hit the mute button and then put the phone on speaker so I had two hands free. While Pete continued on about the project status, I think Bill was actually asking some questions now though it wasn’t important, I brought up my web browser and  quickly shifted it to my second screen so it wouldn’t block the web session I was hosting. I needed to get my wife an answer. I could do that while the conversation went along, just had to keep it on track.

“Yeah, Pete, that’s a good point. Can you talk about how you’re going to…” Why were people talking over me like I was on… Oh right. I hit the mute button and steered the conversation back the right direction.

Mute back on I dove into the website I had pulled up.

Why was the phone ringing and people talking at the same time. Oh, cell phone. “Yeah, honey I’m looking at it right now.  What? No, hang on.”

Unmute, “Yeah, Bill can we get a summary of the Icarus work?”

Back to my wife, “No, I haven’t had a chance to do anything, I’ve had thing to get done first.”

“What, no, Bill Icarus is the highest priority I, uh, had someone come into my office. Please proceed.”

“Honey, what? No, I understand how important this is. Hang on.”

Unmute “Yes, Pete the website will be ready on June 12.” Mute

UnMute, “I mean the software release will be ready on June 12, sorry about that.”

And before I could hit the mute button a massive hair covered hand reached over me to hang up my desk phone. Before I could protest, another similarly hirsute hand plucked my cell phone from my ear. “Mrs. BC, he’ll need to call you back. Oh, I’m good, thanks. Just doing a little intervention. Yeah, he’ll be better. Soon.”

“Hogarth!” I snapped, trying to snatch the phone out of his hand. “I’m working here!”

My gorilla drew back across the desk and settled into my guest chair with a creaking groan of protest from the chair. “Really,” he said, “It looks more like you are juggling, badly.”

“Wha…” I tried to come up with something sharp to say, but the image of dropping my desk phone wouldn’t leave my mind.

Hogarth set my phone down on the desk. “Think of it this way, ever seen a juggler try to eat an apple while he’s juggling?” I gave a mute nod and Hogarth continued, “Yeah, it’s a mess isn’t it? The worse one I ever saw was the guy juggling one apple and three eight-balls.” Hogarth shook his head, “I hope he had a good dental plan.”

MULTITASKING IS NO TASKING

Let’s do a little exercise. You’ve got a smart phone, right? If you don’t I’m betting you have a watch with a second hand. If you have both, pick your poison. You’ll also need a piece of scratch paper and a pencil or pen.

For the next fifteen seconds I want you to write from number 1 to as high as you can get in that time. Ready? Go!

Okay, how far did you get? Not bad, huh?

Another fifteen seconds now. This time I want you to alternate between numbers and the alphabet. 1A2B3C etc. Ready? Go!

And these are easy tasks. Try a third time only this time start at number one and the letter Z. Go forwards on the numbers and backwards on the letters.

Yeah, didn’t go so well did it?

Multitasking is not really multitasking. Instead what we are doing reminds me of the early days of main frame computers. We have one CPU, our brain, which can only do one primary task at a time. We aren’t multitasking, we are switch-tasking. Like the main frames of the 1960s and 70s where the CPU would give each user a slice of time and constantly rotate. Only, we are not computers and that means we can’t switch tasks instantly like those old IBM main frames could.

The human brain is not capable of focusing on more than one primary task at a time. Yes, we can do a lot of secondary things (breathing, peripheral vision, etc.), we can only face one focused tasked at a time. We might be able to switch quickly from task to task. We just won’t be nearly as efficient as focusing on a single task. The cost of switching tasks high.

Some studies say we can take up to fifteen minutes to get back on track after being interrupted. If we are multitasking, we are interrupting ourselves.

In the multitask example, the first project completes on day 48 and all three projects are done on on day 52.

In the sequential projects, project one is done on day 20 and all three projects are done by day 36.

I’m no math major and I can tell sequential is a better idea. The first project is done in less than half the time and all of them are done in two thirds the time.

Multitasking, all it does it make you look busy. 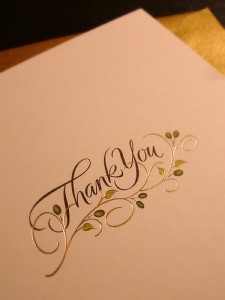