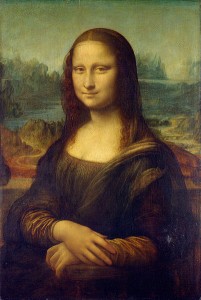 “Come on!” I shouted, “just two pixels to the left, you can do it!” Alas, despite my exhortation, the picture refused to move the requested two pixels, instead moving a mind staggering four pixels.

Throwing up my hands I leaned back in my chair to contemplate the darkness of my office. It was long since past sunset and I was still trying to get this report perfect. Sure, it was a good, but I knew I could make it even better.

Was that the sweet smell of banana wafting into my office? Why yes it was. My hirsute conscience must have arrived. “Hogarth, unless you’re a PowerPoint expert, go away.”

Hogarth shuffled into the room, making his way to his usual place between my fichus and bamboo plants (mental note, need to buy a new bamboo plant). Making himself comfortable he said, “Well I am a PowerPoint expert. That’s not why I’m here though.”

Oh, naturally. Once again he had the answers, only I was going to have to figure it all out on my own.

My Gorilla grinned around a mouthful of bamboo. “Well if I just told it all, what would be the fun in that?”

I sighed, it was never easy. “Hogarth, I’m tired. This report isn’t done yet and I’m about ready to damn PowerPoint to the nine hells of bad products like New Coke.”

Cocking his head to the side, Hogarth said, “Why?”

“Why?” I asked incredulously. “Because it’s an imperfect piece of garbage software than won’t let you do what you want to do, only what it thinks you should want to do.”

I waved my hand at him, “sure, sure, but it’s not perfect. I want to make sure it’s the best it can be.”

“Down to the last pixel?” Hogarth asked.

“It looks better,” I defended.

Nodding in his sage like manner, Hogarth asked. “Do you remember what your theater teach told you in college?”

Hogarth gave a nod. “Well that was true. I was more thinking about what she said about making mistakes on stage.”

“You mean how if you mess up on stage, just keep going?”

Hogarth grinned, “Yeah that’s the one. And I believe she then said ‘because nine times out of ten, no one will notice your mistake.”

WHEN IS PERFECTION TOO MUCH?

I was inspired to write this by Lucy Kellaway’s piece in the November 5th edition of BBC Business Daily. She has a much better and far more humorous take on all this that I can only agree with and try to promote in my own small, Hogarth-like, way.

One of the things that fascinates me about agile, is the findings on just how much software code actually gets used by customer in the field. The numbers vary a bit, though generally it is between 60% and 70% of all code written is next exercised by the customer. Just ask yourself, how often have you used the “Find by Author” feature in MS Word?

So why is it even there?

If you can build a product that does 80% of the product features, in three months and 90% of them in twelve months, the math starts to come into question.

It’s not just software. For goodness sakes, it’s baked into the US educational system. If you get 70% of the questions right on a test, you pass with a C. The difference between an A and an A+ is five percent. How much does that five percent really matter in the real world? How much extra effort did  it take to get from A to A+?

Now I’m certainly not espousing we became complacent and stop trying. However I think we need to take a long look at the laws of diminishing return. If perfection is truly what we should always strive for, then why don’t we put all our resources on a single project? Sure, after the tenth person on the project, we are seeing only a 1% gain in the project for each person. Still, isn’t perfection more important?

Show me a project that is resourced to 100% efficiency and I’ll show you government bloat.

The point is we have to find that line between good enough to not be noticed and the insane perfection you really only need to see in the tolerances of scientific equipment.

Let’s go back to that line from theater teachers. Yes, I’ve had this said to me many times and I’ve had it happen to me countless times . However, I’m just a guy with an imaginary gorilla. Let’s take a look at the professionals.

Buzzfeed.com did a list of the thirty best known movie scenes that were improvised.

So test yourself, did you know it was an on the spot improve or did you think it was part of the script?

Humphrey Bogart in Casablanca: “Here’s looking at you kid.”

Harrison Ford in Raiders of the Lost Ark: When he pulls out the gun and shoots the swordsman.

Granted these are not examples of someone not being perfect. Instead they are adding something that wasn’t in the original plan (ooh, agile). The thing is there was a director and a script reader and a whole crew who’s job is to make sure the movie goes according to the script. To have it done “perfect” they should have reshot the scene. Only they didn’t. The scene worked “good enough” with the improve and might be argued ended up being even better. The main point is to show that when you aren’t looking for something, you often don’t notice its out of place.